Earlier, Morocco's government denied reports that the country's security forces may have used spyware to eavesdrop on the cellphones of France's president and other public figures. 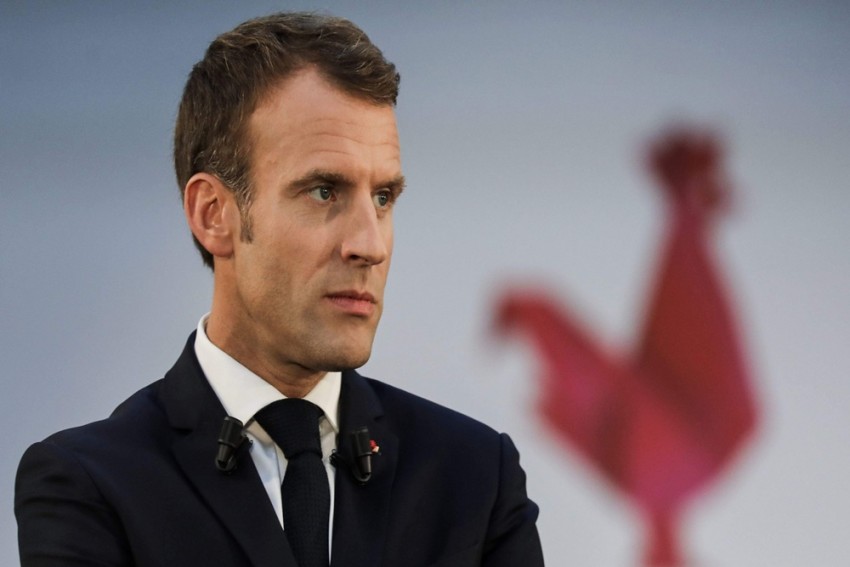 “(We can) specifically come out and say for sure that the president of France, Macron, was not a target," Chaim Gelfand, chief compliance officer at NSO Group, told the i24 News television network.

Earlier, Morocco's government denied reports that the country's security forces may have used spyware made by Israel's NSO Group to eavesdrop on the cellphones of France's president and other public figures.

On Wednesday, the public prosecutor's office ordered an investigation into what it called false allegations that Moroccan security services used NSO malware to spy on activists, journalists and politicians in multiple countries.

France's prime minister said Wednesday that multiple investigations were under way into any wrongdoing.

Morocco's government had lashed out in a statement late Tuesday at a global media consortium investigating the suspected widespread use of NSO's Pegasus spyware to target journalists, human rights activists and politicians in multiple countries. The government threatened unspecified legal action.

French newspaper Le Monde, a member of the consortium, reported that the cellphones of President Emmanuel Macron and 15 then-members of the French government may have been among potential targets in 2019 of surveillance by Pegasus spyware on behalf of a Moroccan security agency.

French public broadcaster Radio France reported that the phones of Moroccan King Mohammed VI and members of his entourage were also among potential targets.

"The Kingdom of Morocco strongly condemns the persistent false, massive and malicious media campaign," the statement said. The government said it "rejects these false and unfounded allegations, and challenges their peddlers ... to provide any tangible and material evidence in support of their surreal stories".

The consortium identified the possible targets from a leaked list of more than 50,000 cellphone numbers obtained by the Paris-based journalism nonprofit Forbidden Stories and the human rights group Amnesty International.

Consortium members said they were able to link more than 1,000 numbers on the list with individuals. Most were in Mexico and the Middle East.

While a phone number's presence in the data does not mean an attempt was made to hack a device, the consortium said it believed the data indicated potential targets of NSO's government clients.

Also on the list were phone numbers in Azerbaijan, Kazakhstan, Pakistan, Morocco and Rwanda, as well as ones for several Arab royal family members, heads of state and prime ministers, the consortium reported.

The Paris prosecutor's office is investigating the alleged use of the spyware, and French experts have called for greater security for cell phones of prominent officials.

French Prime Minister Jean Castex said Wednesday that the president "ordered a series of investigations", but said it was too early to comment or announce any new security measures or other action without knowing "exactly what happened".

NSO Group denied that it ever maintained "a list of potential, past or existing targets". It called the Forbidden Stories report "full of wrong assumptions and uncorroborated theories".

The source of the leak and how it was authenticated was not disclosed.