Images of rubble have been going viral on social media after a 7.5 magnitude earthquake hit the northern part of Peru at 5.52 am on Sunday. 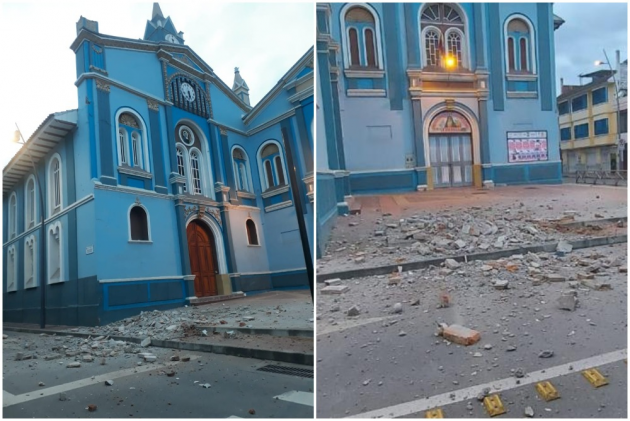 The US Geological Survey says the strong earthquake took place at 5:52 a.m. Sunday local time (1052 GMT). While it is extremely strong, it was relatively deep, measured at 112 kilometres, which usually reduces damage and casualties.

The epicentre was 42 kilometres (26 miles) north northwest of the coastal city of Barranca.
Images and videos on social media showed damaged buildings and rubble on roads.

Some videos captured the insides of residential complexes and boundary walls crumbling outside buildings.

A 14-meter tower in a protected four-century-old church collapsed shortly after the 7.5-degree quake recorded Sunday in northern Peru, according to local media and witnesses accounts.

Video and photos posted online showed the historic tower, part of a 16th-century complex that was considered the oldest Catholic temple in the Amazonas region, reduced to a pile of stones, although the main atrium appeared to be still standing.

Social media posts also showed damage in other locations, including in a church in southern Ecuador. The quake was also felt in Colombia.

Earthquakes are common in Peru, which falls within the Pacific Ring of Fire where 85 per cent of the planet's seismic activity takes place.