Meanwhile, Prime Minister Oli has called a Cabinet meeting on Friday evening. He is likely to reshuffle the Cabinet following the resignation of seven ministers. 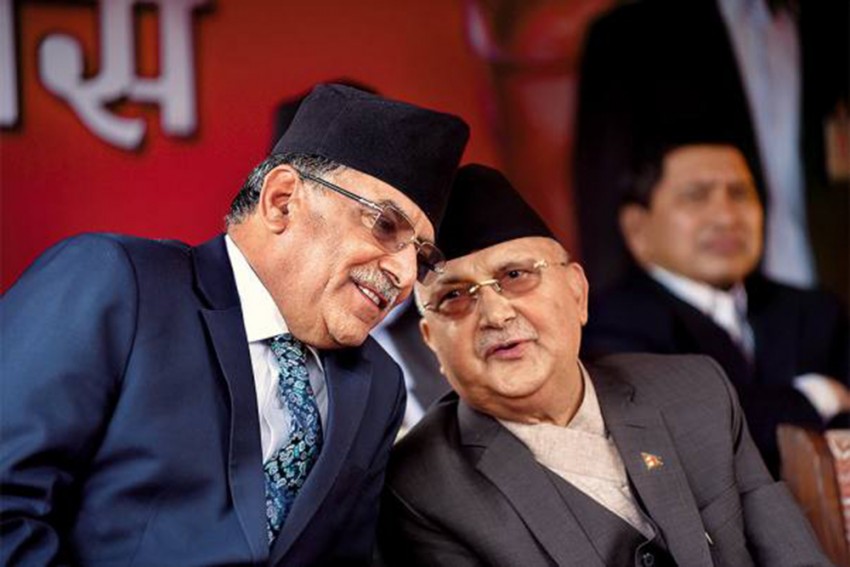 A Constitutional bench headed by Chief Justice Cholendra Shumsher Rana will hear on Friday all petitions challenging Prime Minister K P Sharma Oli's move to abruptly dissolve Parliament, amid an intensified struggle between the two warring factions of the ruling Nepal Communist Party to wrest control of the party.

The five-member bench, formed under Chief Justice Rana, will issue a verdict on Prime Minister Oli’s move to dissolve the 275-member House of Representatives, the lower house of parliament, My Republica newspaper reported.

On Wednesday, Chief Justice Rana’s single bench forwarded all writ petitions to the Constitutional bench. Altogether 13 writ petitions have been registered at the apex court challenging the government's decision to dissolve Parliament.

During the hearing on Wednesday, senior lawyers citing Constitutional provisions argued that Prime Minister Oli has no right to dissolve the House as long as there is a possibility of forming an alternative government.

Meanwhile, Prime Minister Oli has called a Cabinet meeting on Friday evening. He is likely to reshuffle the Cabinet following the resignation of seven ministers close to the Prachanda-led faction, the paper said, citing a source familiar with the Prime Minister’s Office.

The Oli-led Cabinet now has 18 members including ministers and ministers of state.

In a meeting of the Central Committee members close to him on Thursday, Oli announced the removal of Prachanda from the post of the party’s Executive Chairman.

Earlier, the Prachanda-led faction of the ruling party elected him as the new parliamentary leader, replacing Prime Minister Oli.

Nepal plunged into a political crisis after President Bidya Devi Bhandari dissolved the House of Representatives and announced dates for mid-term elections at the recommendation of Prime Minister Oli on Sunday, sparking protests from a section of the ruling party and various opposition parties, including Nepali Congress.

The ruling party has now been virtually divided more than two years after it was formed following the merger of CPN-UML led by 68-year-old Oli and CPN-Maoist Centre led by 66-year-old Prachanda in May 2018.

Both factions of the party have intensified efforts to retain official party recognition along with the election symbol. The two factions are now busy making strategies to wrest control of the party.

Explosions Reported In Syria After Israeli Jets Fly Over Lebanon