Wednesday's statement was signed by the United States, Britain, the European Union and 18 other countries 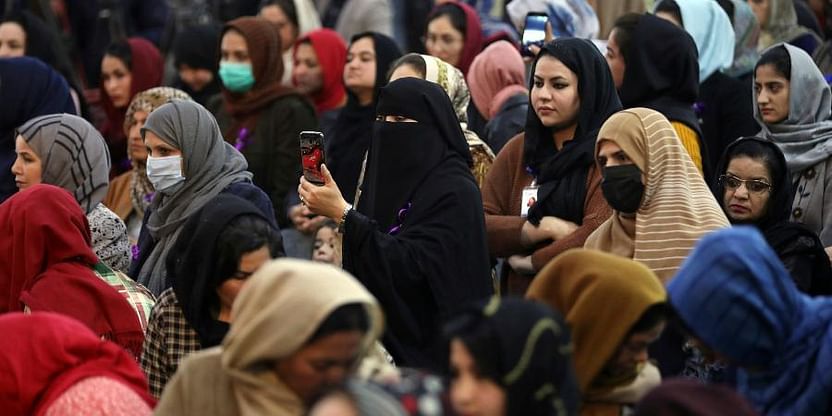 The US State Department has released a joint statement signed by about two dozen nations expressing concern for the rights of Afghan women and girls and urging those in power in Afghanistan to “guarantee their protection."

Wednesday's statement was signed by the United States, Britain, the European Union and 18 other countries. It says the statement's signatories are “deeply worried" about the Afghan women's “rights to education, work and freedom of movement"" in the wake of the Taliban takeover.

“Afghan women and girls, as all Afghan people, deserve to live in safety, security and dignity," it said. “Any form of discrimination and abuse should be prevented. We in the international community stand ready to assist them with humanitarian aid and support, to ensure that their voices can be heard."

It went on to add that the world will “monitor closely how any future government ensures rights and freedoms that have become an integral part of the life of women and girls in Afghanistan" during the last 20 years.

Since sweeping into Kabul on Sunday and taking over the country, the Taliban insist they have changed and won't impose the same draconian restrictions they did when they last ruled Afghanistan, all but eliminating women's rights.