US Secretary of State Mike Pompeo and Defence Secretary Mark Esper will meet their Indian counterparts on Tuesday in New Delhi. 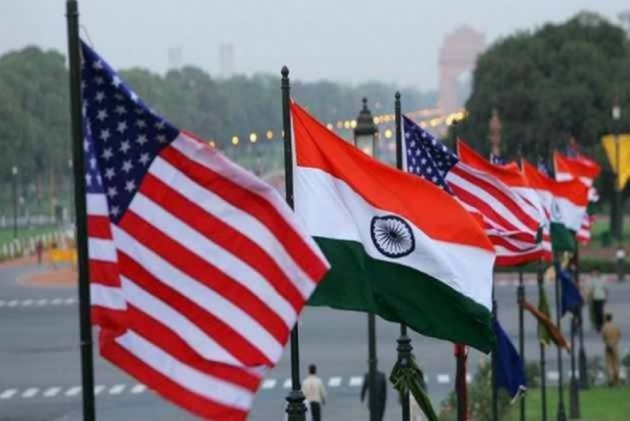 Just a week before the US Presidential elections, two of President Donald Trump's top national security aides will visit India for meetings focused largely on countering China's growing global influence. As the bitter race between Trump and former Vice President Joe Biden winds down, the talks this week in New Delhi will aim to reinforce the president's anti-China campaign message.

Secretary of State Mike Pompeo and Defence Secretary Mark Esper will meet their Indian counterparts for strategic and security talks on Tuesday, after which Pompeo will travel on to Sri Lanka, the Maldives and Indonesia. All the three countries are contending with a tug-of-war between Washington and Beijing, that has only intensified as Trump seeks to paint Biden as being weak on China.

Trump has played up his friendship with Indian Prime Minister Narendra Modi in his re-election bid but may have set his case back with an off-the-cuff remark about climate change at his Thursday debate with Biden. "Look at China, how filthy it is. Look at Russia. Look at India, it's filthy. The air is filthy," Trump said, defending his decision to withdraw from the Paris Climate Accord. Whether offense will be taken by the Indians or whether it will affect Pompeo and Esper's mission is not clear. Yet, regardless of election considerations, it is a critical time in the U.S.-India relationship as China looms large over what Washington has labelled as the Indo-Pacific region.

Mike Pompeo, US Defence Secretary Esper To Visit India For 2+2 Talks On October 27

Four Years In, Donald Trump Has Plenty Of Unfinished Business

Heightened border tensions between New Delhi and Beijing have only added to Chinese-American animosity that has been fuelled by disputes over the coronavirus, trade, technology, Taiwan, Tibet, Hong Kong, human rights and disputes between China and its smaller neighbours in the South China Sea. Those competing maritime and territorial claims will figure prominently at Pompeo's last stop in Indonesia.

Meanwhile, India is looking to emerge from a shell of internal issues, including unrest in the Himalayan region of Kashmir, and is keen to join a group of like-minded countries facing twin threats from China and Pakistan.

Tuesday's meetings come amid a recent flareup in military tensions between India and China over disputed mountainous border with tens of thousands of their soldiers in a standoff since May. Trump has offered to help defuse tensions but has yet to receive any indication of interest from either side. India and China fought a month-long war over the region at the height of the Cuban Missile Crisis during the fall of 1962 and some fear a similar confrontation before this winter sets in.

Pompeo has made no secret of the Trump administration's desire to isolate China. Asked about his trip, Pompeo said last week: "I'm sure that my meetings will also include discussions on how free nations can work together to thwart threats posed by the Chinese Communist Party.”

Ahead of Pompeo and Esper's visit, Deputy Secretary of State Stephen Biegun visited New Delhi last week and called China “an elephant in the room,” stressing that Washington is keen to advance India's interests in the region, build a free and open Indo-Pacific, and counter risks posed by Chinese high-tech telecommunication networks that the U.S. sees as central to China's predatory economic activity.

“We will take every opportunity to really advocate for a strong digital economy and partnership in the countries where we're going and seek support of the Clean Networks, which we think works to every country's advantage,” said Dean Thompson, the top U.S. diplomat for South Asia.

Since Trump became president, the U.S. and India have steadily ramped up their military relationship. When Trump visited India in February, the two sides concluded defence deals worth over $3 billion. Bilateral defence trade has increased from near zero in 2008 to $15 billion in 2019.

Still India is wary of being drawn into the fight between the world's two largest economies. G. Parthasarthy, a retired Indian diplomat, said India was not interested in becoming a front-line state against China. "It is a move to balance the growing Chinese power in this area. The India-China border issue is not going to go away with the Chinese claims increasing,” he said.

The talks in New Delhi on Tuesday follow a meeting that Pompeo had earlier this month in Tokyo with his counterparts from India, Japan and Australia, which together make up the four Indo-Pacific nations known as “the Quad.” The Quad is seen as a counterweight to China, who critics say is flexing its military muscle throughout the region.

Pompeo will head back to Washington by way of Sri Lanka, the Maldives and Indonesia during which he plans to press each nation to push back in Chinese assertiveness. He's also expected to raise human rights issues at each stop.