Interim Prime Minister Claude Joseph, who is ruling Haiti with the backing of lean police and military forces, has pledged to work with the opposition and allies of President Jovenel Moïse 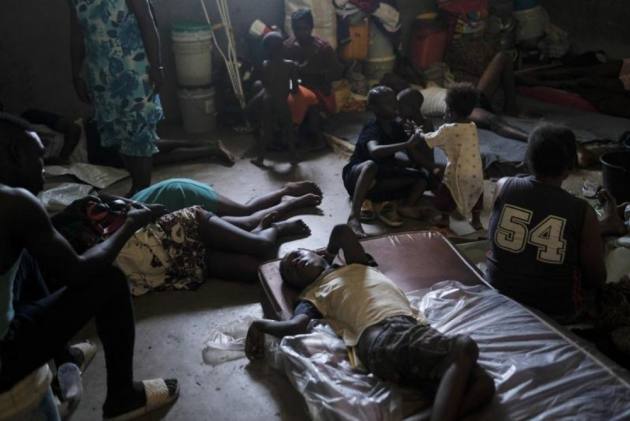 Pressure is mounting on the man who claims to be Haiti's leader in the aftermath of the president's assassination, with at least two other officials claiming to be the legitimate head of government amid a race to fill the political power vacuum.

Interim Prime Minister Claude Joseph, who is ruling Haiti with the backing of lean police and military forces, has pledged to work with the opposition and allies of President Jovenel Moïse, who was killed Wednesday at his private residence.

He faces two rivals: Ariel Henry, whom Moïse designated as prime minister a day before he was killed, and Joseph Lambert, the head of Haiti's dismantled Senate, who was recently chosen by a group of well-known politicians to be provisional president.

Meanwhile, a coalition of main opposition parties called the Democratic and Popular Sector presented its own proposal Tuesday for the creation of what it called the Independent Moral Authority. It would be made up of human rights activists, religious leaders, academics and others who would be charged with reviewing and merging all proposals.

Also on Tuesday, members of Haiti's civil society announced that they were working on a proposal for a smooth transition and declined to say whether it supports a specific person to lead Haiti.

“We don't want them to reduce us to who should do what,” said Magalie Georges, a teacher and union leader.

Lambert was supposed to be sworn in Sunday as a symbolic act, but the event was cancelled at the last minute because he said not all his supporters could be present.

Joseph, Henry and Lambert met Sunday with a US delegation that included representatives from the Department of Justice and the Department of Homeland Security who flew to Haiti to encourage dialogue "to reach a political accord that can enable the country to hold free and fair elections,” the White House's National Security Council said.

White House press secretary Jen Psaki said the delegation received a request for additional assistance, but she did not provide details. Haiti's request for US military help remains “under review," she said. Psaki suggested that political uncertainty on the ground was a complicating factor as the administration weighs how to help.

“What was clear from their trip is that there is a lack of clarity about the future of political leadership,” Psaki said.

Haiti is also seeking security assistance from the United Nations. The UN has been involved in Haiti on and off since 1990, but the last UN military peacekeepers left the country in 2017.

Few details of the meeting between the US delegation and the three men have emerged, although Lambert said he was urged to work together with other actors whom he did not identify.

“I am not looking for personal glory. We have the country first in mind,” he told Radio Télévision Caraïbes.

The deepening political instability comes as Haitian authorities continue to probe the assassination with help from Colombia's government. Twenty-six former Colombian soldiers are suspected in the killing, and 23 have been arrested, along with three Haitians.

Léon Charles, head of Haiti's National Police, said five suspects are still at large and at least three have been killed.

Police on Tuesday identified three of the five fugitives, describing them as armed and dangerous. One is former Sen. John Joël Joseph, a well-known Haitian politician who is an opponent to the Tet Kale party that Moise belonged to.

Another is Rodolphe Jaar, who uses the alias “Whiskey” and was indicted in 2013 with two other men in federal court in South Florida on charges of conspiring to smuggle cocaine from Colombia and Venezuela through Haiti to the US. He pleaded guilty and was sentenced to nearly four years in prison, according to court records.

At his 2015 sentencing hearing, Jaar's attorney told the court that Jaar had been a confidential source for the US government for several years before his indictment. He also agreed to cooperate with federal authorities.

In June 2000, Jaar filed a civil suit against the US government seeking the return of a “large amount” of cash taken from him along with his passport and tourist visa when he was stopped in a rental car by customs agents. He was not arrested at the time, but Jaar said he learned that he was under investigation for money laundering.

Jaar described himself in court papers as the owner of a successful import business in Haiti. He said his family has operated the enterprise since 1944.

The third man was identified as Joseph Felix Badio, who once worked for Haiti's Ministry of Justice and joined the government's anti-corruption unit in 2013.

The agency issued a statement saying Badio was fired in May following “serious breaches” of unspecified ethical rules, adding that it filed a complaint against him.

Haitian police also have arrested a man considered a key suspect: Christian Emmanuel Sanon, 62, a Haitian physician, church pastor and Florida businessman who once expressed a desire to lead his country in a YouTube video and has denounced the country's leaders as corrupt.

Charles said Sanon was working with those who plotted the assassination and that Moïse's killers were protecting him. He said officers who raided Sanon's house in Haiti found a hat with a DEA logo, 20 boxes of bullets, gun parts, four license plates from the Dominican Republic, two cars and correspondence.

But a business associate and a pastor in Florida who knew Sanon told the AP that he was religious and that they do not believe he was involved in violence. The associate, who spoke on condition of anonymity for security reasons, said he believes Sanon was duped and described him as "completely gullible.”

Sanon told him he was approached by people claiming to represent the US State and Justice departments who wanted to install him as president. He said the plan was only for Moïse to be arrested, and Sanon would not have participated if he knew Moïse would be killed.