According to the U.S. Geological Survey, the 7.8 magnitude quake struck Tuesday and had a depth of 6 miles south-southeast of Perryville, Alaska. 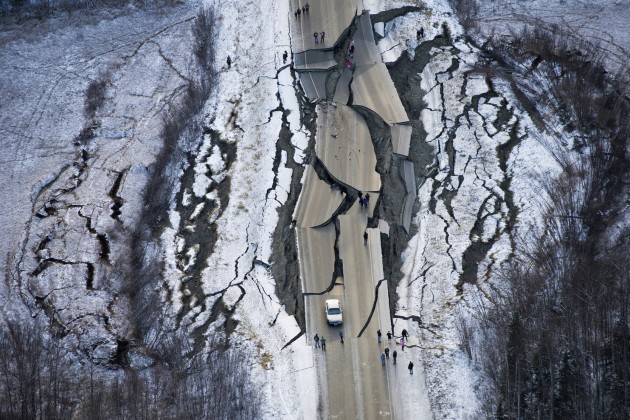 A powerful 7.8 earthquake has struck the Alaska Peninsula and a tsunami warning has been issued.

According to the U.S. Geological Survey, the 7.8 magnitude quake struck Tuesday at about 11:12 p.m. PST. It had a depth of 6 miles (9.6 kilometers) and was centered 60 miles (96 kilometers) south-southeast of Perryville, Alaska.

The tsunami warning was issued for South Alaska, the Alaska Peninsula and the Aleutian Islands.

The Pacific Tsunami Warning Center said the warning for South Alaska and the Alaska Peninsula is from Kennedy Entrance to Unimak. Along the Aleutian Islands it is from Unimak Pas to Samalga Pass.

A tsunami advisory was posted for some areas nearby.

The center said for other U.S. and Canadian Pacific coasts in North America, there is no tsunami threat.