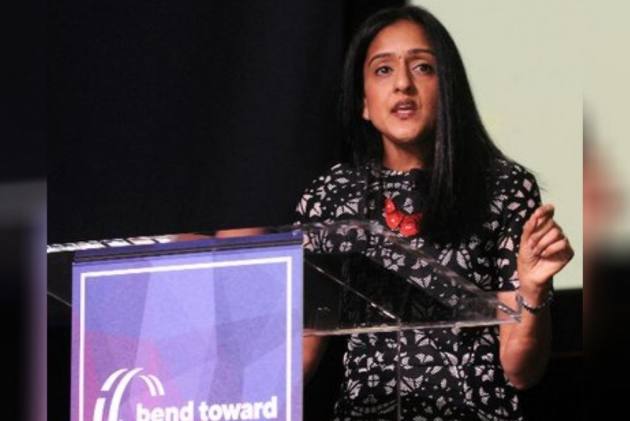 US President-elect Joe Biden on Thursday announced some of the key nominations in the Justice Department. He accoladed Indian-American Vanita Gupta for being a respected civil rights lawyers In America and for her noted role in the fight for equity.

Calling Senate Vanita Gupta a 'proud daughter' of Indian immigrants, President-elect Joe Biden nominated 46-year-old Vanita to serve as his associate attorney general in the Justice Department. Vanita would be first woman of colour to serve this role if she confirms the job.

Joe Biden while talking to reporters in Wilmington, Delaware said, “As associate attorney general, the number three job at the department, I nominate Vanita Gupta. A woman I've known for some time. One of the most respected civil rights lawyers in America.”

Gupta started her career at the NAACP Legal Defense Fund. Then on to the ACLU. And then to the Justice Department during the Obama-Biden administration where she led the civil rights division, Biden said.

“At every step, with every case, she fought for greater equity and the right to right the wrongs of a justice system where they existed,” he added.

She has done so by bringing people together, earning praise from across the ideological spectrum for her approach to solving some of the thorniest problems the country faces, he added.

During the Obama-Biden administration, Gupta was put in charge of investigating the abuse of power in police departments in Ferguson, Missouri and other communities torn apart by acts of violence and racial injustice.

Gupta helped institute common sense police reforms to build greater equity, safety, and trust. She was commended for her work by both law enforcement and those advocating for changes in the criminal justice system, Biden said.

“That's a rare achievement and it speaks volumes about her capacity to unite people in common purpose, which is what this is all about. Uniting the American people. Born in Philadelphia, a proud daughter of immigrants from India, does that sound familiar?” Biden said while looking at Vice President-elect Kamala Harris.

“If confirmed, Vanita will be the first woman of colour to serve as associate attorney general. And I'm grateful. I'm grateful that Vanita is leaving her current job, leading one of the premier civil rights organisations in the world as she answers the call to serve once again to ensure that our justice system is even more fair and more equitable,” he said.

In her remarks, Gupta said that there were not many agencies in the federal government like the Department of Justice that bears the name of a value.

“By virtue of that name, at that value of justice, we know the department carries a unique charge and north star,” she said.

“At its best, it is the keeper of the sacred promise. Is the promise of equal justice for all, that no one is above the law. And when those promises are pursued with vigor, and brings light to our nation and serves as a beacon to the world. But when abandoned, we degrade our democracy, and sew the division that we've come to know all too well,” she said.

The first time, Gupta said, she felt the absence of that promise as a four-year-old child would have her earliest memories.

“My appearance will proud immigrants from India,” she said.

An opportunity that was made possible by the civil rights movement and the 1965 immigration and nationality act.

“One day, I was sitting in a McDonald's restaurant with my sister, mother, and grandmother. And as we ate our meal, a group of skinheads at the next table began shouting ethnic slurs at us, throwing food at us until we had to leave the restaurant,” Gupta said, adding that it is an early memory, but one that is seared in her mind.

“That feeling never left me of what it means to be made to feel unsafe because of who you are. I kept another feeling with me though too, and that is one that is ingrained that has been ingrained in me by my parents and shared by my husband, whose family fled violence and war in Vietnam and sought refuge on these shores,” she said.

They believed more than anything in the promise of America, loving this country brings with it the obligation to do the necessary work to make it better. Those two feelings for her converge in the work ahead, she said.

The horrific events at the Capitol reminded that American democracy cannot be taken for granted, that the US has a long history of disinformation, white supremacist violence, mob violence, Gupta said.

“It also reminded us that our values and our Constitution, and our democracy do not protect themselves. It is people with courage who do that,” she said, adding that this moment demands bold leadership.

The Department of Justice, as it has done throughout its storied history, will have to uncover and reckon with hard truths, hold people, companies, and institutions accountable to our Constitution and laws, drive change where there is injustice and heal a nation that is starving for leadership and decency and hope, she said.