William, the Duke of Cambridge, also revealed that he had not spoken to Harry since the tell-all interview to Oprah Winfrey was first broadcast. 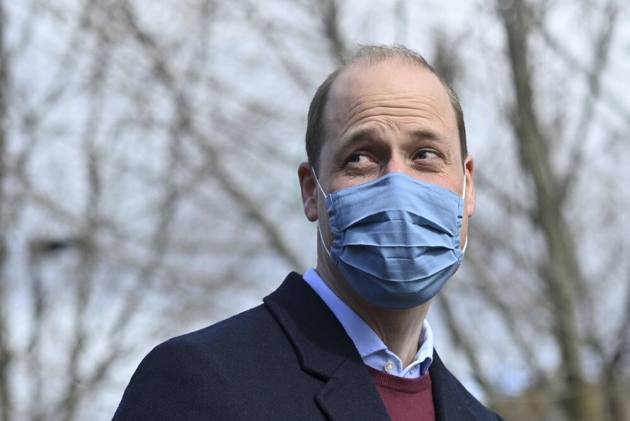 Defending his family, Prince William on Thursday said that Britain's royal family is "very much not racist". These were his first public remarks since his younger brother Prince Harry and his wife Meghan Markle made explosive claims in a TV interview.

The 38-year-old second in line to the British throne was joined by wife Catherine, the Duchess of Cambridge, when he was asked by reporters about the controversy that has dominated UK media headlines ever since Harry, 36, and Meghan, 39, revealed that an unnamed royal had raised concerns about their mixed-race son Archie’s skin colour.

William, the Duke of Cambridge, also revealed that he had not spoken to Harry since the tell-all interview to Oprah Winfrey was first broadcast over the weekend but plans to do so.

Harry and Meghan's interview has sent Buckingham Palace into a tailspin.

"We are very much not a racist family," said Prince William during an official visit to a school in East London.

Asked further if he had spoken to his brother yet, he replied: "I haven't spoken to him yet, but I plan to."

The Duke and Duchess of Cambridge visited School 21 in Stratford, East London, to mark children’s return to classes and the rollout to secondary schools of a mental health project for pupils, which Kate Middleton had launched in primary schools in 2018.

Prince William's visit is not the first appearance by a senior royal since the interview aired - the Prince of Wales carried out an engagement earlier this week.

Prince William’s comments follow a rare statement issued by Buckingham Palace earlier this week to say that the issues raised during the interview with  Winfrey, the American talk show host, particularly that of race, are concerning.

“Whilst some recollections may vary, they are taken very seriously and will be addressed by the family privately. Harry, Meghan and Archie will always be much loved family members," the statement read.

The statement indicated that Queen Elizabeth II was “saddened” to learn the full extent of how challenging the last few years had been for her grandson Harry and his wife Meghan, the Duke and Duchess of Sussex.

It followed an extensive interview by the couple with Winfrey in which Meghan spoke about her suicidal thoughts when she was pregnant with Archie and also shared her dismay at some racist undertones within the royal ranks towards her son.

In reference to Prince William and wife Kate Middleton, Prince Harry told the American chat show host that there was a “space” between the brothers which he hoped time would heal.

Meghan addressed UK tabloid reports that she had made Kate cry ahead of the royal wedding in May 2018 and claimed that the "reverse" happened and that it was Kate who had made her cry. She added that Kate later "owned it" and apologised with flowers and a note "to take accountability".

The interview and its revelations continue to play out in the UK, with the executive director of an industry body for the British press resigning amid a row over the reaction to Harry and Meghan's claims.

Ian Murray stepped down from his role at the Society of Editors after a strong defence of the UK tabloids in the face of Prince Harry declaring that some British tabloids were "racist" and "bigoted".

The Society of Editors, which represents almost 400 members of the media, initially put out a statement which read: "The UK media is not bigoted and will not be swayed from its vital role holding the rich and powerful to account following the attack on the press by the Duke and Duchess of Sussex."

In his resignation statement, Murray stressed that the original statement was "not intended to gloss over the fact the media industry in the UK does have work to do on inclusivity and diversity".

Harry and Meghan, who stepped back as frontline royals and relocated to the US last year, spoke at length about how the pressures of unfair media attacks were behind their move and also shared how there were concerns raised over the skin tone of their first-born son, Archie, even as they were told he would not be given a royal title and therefore not provided with security.

The role of the media was further heightened as a senior UK breakfast television host for ITV’s ‘Good Morning Britain’, Piers Morgan, was forced to resign from his post after an on-air tirade against Meghan and her interview, saying he did not believe her.

ITV, the channel where the American CBS network interview was broadcast in the UK on Monday night, said it had accepted his decision and had nothing further to add.