Priyanka was made UNICEF Goodwill Ambassador in December 2016. 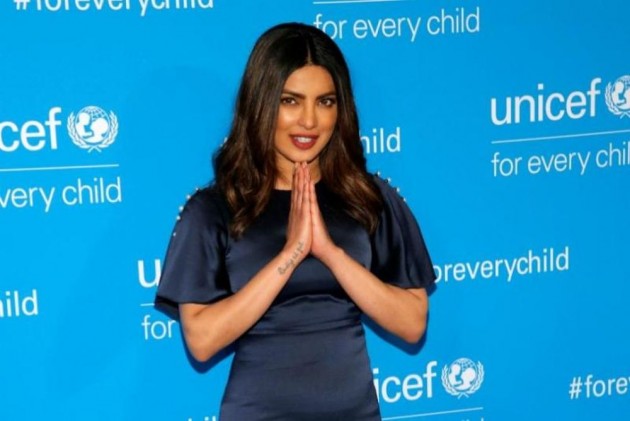 Popular Indian actress Priyanka Chopra has invited the ire of Pakistanis for a tweet cheering India's cross-LoC strike in Balakot on February 26.   An online petition has now been filed seeking her removal as UNICEF Goodwill Ambassador.

Priyanka has been slammed for her tweet, which was seen as rooting for war and praising the Indian military strike, amid the escalating tensions between the two countries.

Priyanka was made UNICEF Goodwill Ambassador in December 2016.

"War between two nuclear powers can only lead to destruction & death. As goodwill ambassador of UNICEF, Priyanka Chopra was supposed to stay neutral & peaceful but her tweet in favour of Indian arm forces after they invaded Pakistan airspace shows otherwise. She doesn’t deserve this title anymore," reads the online petition by Avaaz.org.

Are or were you really Unicef goodwill ambassador? I really don’t know how an artist can praise military actions and especially while being an ambassador of UN. I don’t think this world could ever see peace when peacemakers love wars. #NoWar #PakistanIndia

Clearly! @UNICEF supporting and calling for war is not compatible with promoting and protecting children's rights, OUT! https://t.co/5FNicyWDOX

WHAT?!!! But aren’t you supposed to be a Good Will ambassador for @UNICEF? Screen shot this everyone and next time she speaks up for peace and goodwill. Let’s remind her of this hypocrisy. https://t.co/Jew88bMtYv