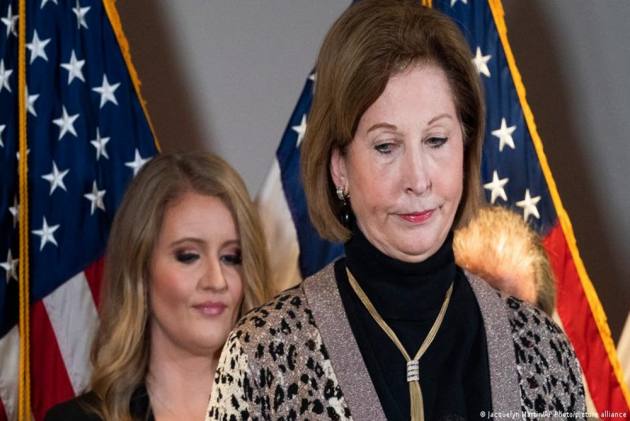 A judge in the US state of Michigan on Wednesday sanctioned several lawyers who brought lawsuits in an effort to overturn President Joe Biden's election victory in the state.

District Judge Linda Parker said the action by the nine lawyers in November 2020 was intended to deceive both the court and the public.

Then President Donald Trump cried foul after election day on November 8, refusing to concede and making baseless claims that fraud had taken place during the counting processes in Michigan and Pennsylvania. Both cases were quickly dismissed by the courts.

In Michigan, the lawsuit was filed shortly after Biden's victory by 154,000 votes was certified.

The lawsuit was filed on behalf of six Republican voters who wanted Parker to annul Michigan's results and impound voting machines. The judge declined last December, describing the request as "stunning in its scope, and breathtaking in its reach."

Parker said in a scathing 110-page report that Trump's legal counsel "intentionally attempted to create a haze of confusion, commotion and chaos."

The attorneys "scorned their oath, flouted the rules, and attempted to undermine the integrity of the judiciary," the report continued.

"This lawsuit represents a historic and profound abuse of the judicial process," Parker said.

The case "was never about fraud — it was about undermining the people's faith in our democracy and debasing the judicial process to do so."

What are the penalties?

Parker formally requested that disciplinary bodies look into whether the nine lawyers should have their law licenses taken away.

The judge also ordered the pro-Trump lawyers to attend classes on the ethical and legal requirements for filing legal claims, and to reimburse election officials for expenses incurred defending the lawsuit.