Pyongyang May Be Reprocessing Radioactive Material, Says US Think Tank

The Center for Strategic and International Studies said, that the satellite imagery of the Yongbyon nuclear site on April 12 showed five railcars near its uranium enrichment facility and radiochemistry laboratory. 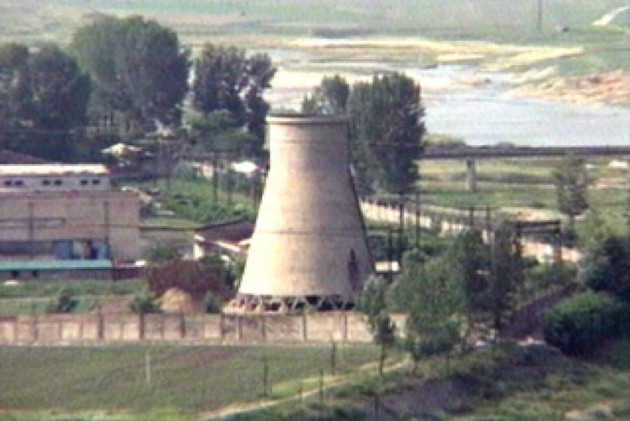 Activity has been detected at North Korea's main nuclear site, suggesting Pyongyang may be reprocessing radioactive material into bomb fuel since the collapse of a summit with Washington, a US monitor said Wednesday.

Since then North Korea has said it was mulling options for its diplomacy with the US, and Kim said last week he was open to talks with Trump only if Washington came with the "proper attitude".

The Center for Strategic and International Studies said, that the satellite imagery of the Yongbyon nuclear site on April 12 showed five railcars near its uranium enrichment facility and radiochemistry laboratory.

"In the past these specialized railcars appear to have been associated with the movement of radioactive material or reprocessing campaigns," the Washington-based monitor said.

"The current activity, along with their configurations, does not rule out their possible involvement in such activity, either before or after a reprocessing campaign," think Tank said.

“Trump and Kim held their first landmark summit in Singapore last June, where the North Korean leader signed a vaguely-worded deal on the "denuclearisation of the Korean peninsula," it added.

But their failure to reach an agreement at their second summit in Hanoi, on walking back Pyongyang's nuclear programme in exchange for a relaxation of sanctions, has raised questions over the future of the wider process.

The US president walked away from a partial deal proposed by Kim, which included an offer to dismantle the Yongbyon complex.

About 100 kilometres north of Pyongyang, Yongbyon is home to the country's first nuclear reactor, and is the only known source of plutonium for the North's weapons programme.

Yongbyon is not believed to be the North's only uranium enrichment facility, and closing it down would not in  itself signal an end to the country's atomic programme.

North Korea suspended nuclear and missile testing during the diplomatic process in 2018, but the International Atomic Energy Agency has said, there were indications that Yongbyon has been in use as recently as the end of February.

Kim promised to completely denuclearise during the first US-North Korea summit in Singapore last year. The process seems to have reached a stop, with the sides failing to resolve their differences regarding sanction waivers.