The UN ambassadors from India, Australia, Japan and United States meet ahead of two major events. One is the first ever Quad Leaders' Summit and the other is the Annual UN General Assembly Debate. 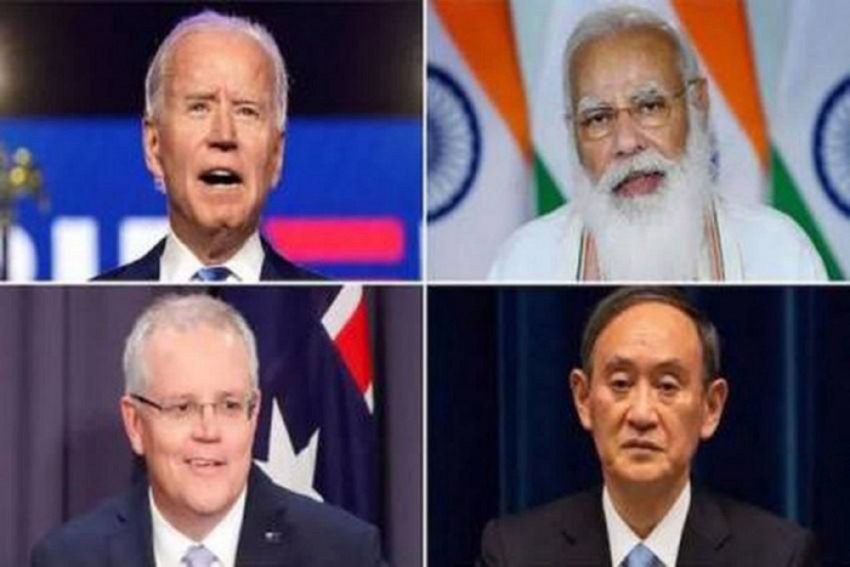 The Ambassadors from Quad nations - Australia, India, Japan and the United States - underlined the importance of addressing the global pandemic, climate change and renewing commitment to rules-based international order as they met here ahead of the Quad Leaders’ Summit hosted by US President Joe Biden next week in the White House.

“Today, #UN ambassadors from the Quad (Australia, India, Japan, and the United States) met again in #NewYork to discuss cooperation and shared interests,” India’s Permanent Mission to the UN said in a tweet Thursday.

Quad A Significant Effort To Ensure Peace In Indo-Pacific Region: US Admiral, Lawmakers

“As #UNGA76 begins, the Quad ambassadors underlined the importance of addressing the global pandemic, climate change and renewing commitment to rules-based international order,” it said in the tweet,

Their meeting also comes ahead of the Quad Leaders’ Summit in Washington DC hosted by President Biden on September 24. This meeting will be the first-ever in-person quad summit.

PM Narendra Modi, US President Biden, Australian Prime Minister Scott Morrison and Prime Minister Yoshihide Suga of Japan will participate in the Leaders’ Summit of the Quadrilateral Framework in Washington and “review progress made since their first virtual Summit on 12 March 2021 and discuss regional issues of shared interest,” the Ministry of External Affairs had said in a statement in New Delhi.

“As part of their ongoing efforts to contain the COVID-19 pandemic, they will review the Quad Vaccine initiative which was announced in March this year, " it said.

"The summit would provide a valuable opportunity for dialogue and interactions among the leaders, anchored in their shared vision of ensuring a free, open and inclusive Indo-Pacific region,” the MEA said.

In November 2017, India, Japan, the US and Australia charted the long-pending proposal of setting up the Quad to develop a new strategy to prevent any influence over the critical sea routes in the Indo-Pacific region.

The evolving situation in the Indo-Pacific in the wake of China's increasing military muscle-flexing has become a major discussion matter among leading global powers.

Beijing claims almost all of the 1.3 million square mile area of the South China Sea as its sovereign territory. It has been building military bases on artificial islands in the region which are also claimed by Brunei, Malaysia, the Philippines, Taiwan and Vietnam. In the East China Sea, China has territorial disputes with Japan as well.

The US has been known for sending its naval and air patrols through the South China Sea in the past, challenging China's claims of sovereignty over the area and also asserting the idea of freedom of navigation.

Prime Minister Modi will go to New York to attend the UN General Assembly after concluding his engagements in the White House. He is set to address the General Debate at the 76th Session of the United Nations General Assembly (UNGA) on September 25.

The theme for this year’s General Debate is ‘Building Resilience through hope to recover from COVID-19, rebuild sustainably, respond to the needs of the planet, respect the rights of people, and revitalise the United Nations,' the MEA statement added.