Kim Jong-un has renewed his commitment to denuclearisation, says he is ready to meet US President Trump again. 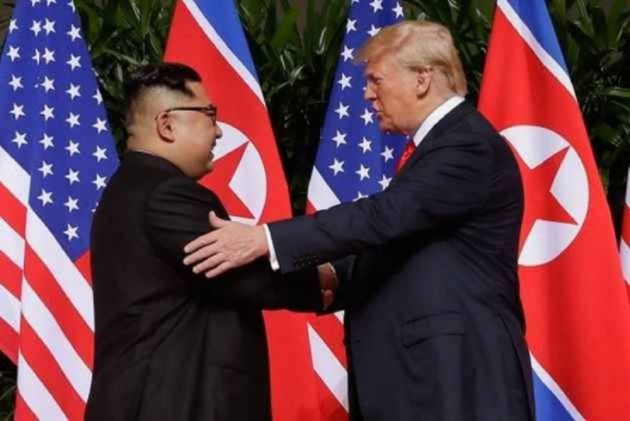 After renewing his commitment to denuclearisation, North Korean leader Kim Jong-un on Tuesday said that he was ready to meet the US President Donald Trump for the second time.

Kim, however, warned he might have to seek a "new path" if the US maintains sanctions and demands unilateral concessions, The Washington Post reported.

In an annual New Year's Day speech that was natioanlly televised, he balanced a willingness to talk with a reminder that North Korea has its own demands if the denuclearisation talks are to succeed.

He also warned the US should not misjudge North Korea's "patience".

Kim called his June 2018 summit meeting with Trump "instructive" and said they had shared "constructive opinions" on mutual concerns and "speedy solutions to the tangled issues" they faced.

"I am ready to sit face-to-face with the US President again anytime in the future, and will strive to produce an outcome welcomed by the international community," he said.

"However, if the US does not keep the promises it made in front of the world, misjudge the patience of our people, force a unilateral demand on us, and firmly continue with sanctions and pressures on our republic, we cannot but seek new ways to protect our autonomy and interests and establish peace and stability on the Korean Peninsula."

Kim also said that he and Trump had agreed to proceed towards the "complete denuclearisation" of the Korean Peninsula and that remained the "unchangeable stance" of his government.

"We have announced that we will not produce, test nor proliferate any more nuclear weapons, and taken practical measures accordingly," he said.

"If the US responds to our preemptive and autonomous efforts with credible measures and corresponding actions, the relationship between the two countries will accelerate for the better."

He spoke warmly of his three meetings with South Korean President Moon Jae-in in 2018 and the rapprochement between the two nations.

"If the North and the South join forces, sanctions or pressures from the outside cannot get in our way to prosperity," Kim said, adding that he will not allow "outside forces" to interfere.