US Should Not Give Taliban Formal Recognition, Says Top Democratic Senator

'No, I don't. I don't,' Senator Chris Murphy told the CNN in an interview when asked should the US formally recognise the Taliban. 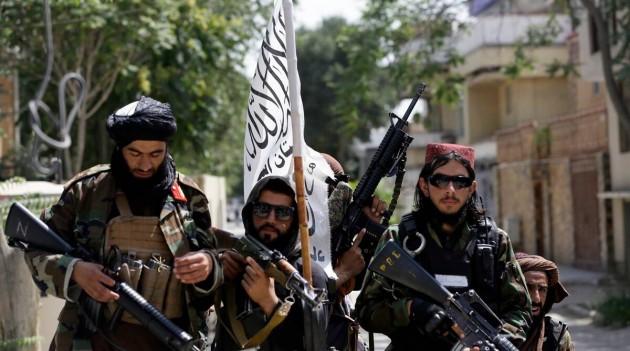 The United States should not give Taliban formal recognition, says one of the top brass Democratic senator as  the possibility of Biden administration accepting Taliban as the defacto ruler of Afghanistan is increasing.

Senator Chris Murphy said it the recognizing the opposition force also would not end up being a great idea as they are not “actually” running the country.

“No, I don't. I don't,” Senator Chris Murphy told the CNN in an interview when asked should the US formally recognise the Taliban.

“But I also don't think it's a great idea, as some are suggesting, to recognise opposition forces that are not actually running the country. It tends to make the United States look pretty weak when we are recognising people as the leaders of a government that actually aren't running the government,” he said.

Murhpy, however, said the US should hold conduct an exchange of dialogue withTaliban.

“Even if we don't formally recognise them, we're going to have to be in discussions with them. We're going to have to tell them the consequences for their actions, if they don't continue to allow, at the very least, American citizens, green card holders and people in the SIV pipeline to get out of the country,” he said.

Murphy is the chairman of the Senate Foreign Relations Subcommittee on Near East, South Asia, Central Asia, and Counterterrorism.

On the need for an investigation into what went wrong in Afghanistan for the past two decades, the Senator said, “When Congress does this oversight, I want to make sure that it's over the last 20 years, not just the last two months, because to believe that there was some way to do this evacuation in a way that didn't have panic on the ground and didn't have a risk of loss of life, I think is the same kind of fantasy thinking that led us to stay in Afghanistan for 10 years too long, even when we knew the Afghan forces couldn't stand up for themselves.”

When asked about the criticism of the Biden administration that the evacuations should have begun earlier, Murphy said the US was under the belief that the Afghan military would stand up and fight.

“It was logical to believe that a mass evacuation too early would have actually led to the result that we were trying to avoid, which was the collapse of the government.”.