Recreational Use Of Marijuana To Be Legalised In New York, Says Governor

Ten other states and Washington, D.C., have legalised recreational marijuana, spending the new tax revenue on a range of initiatives, including schools and transportation. 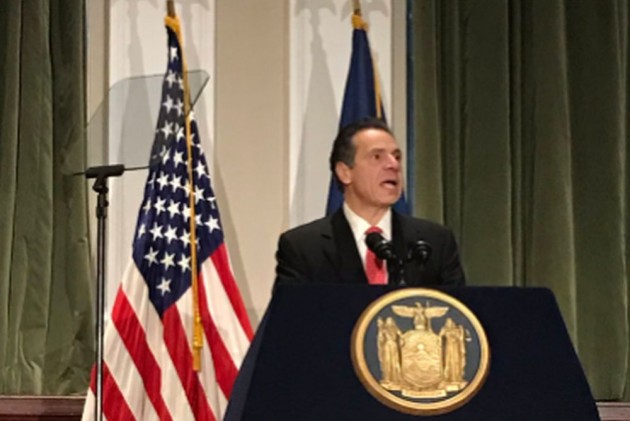 New York Governor Andrew Cuomo announced that he would push to legalise recreational marijuana in 2019, a move that could generate over $1.7 billion in sales annually.

The highly anticipated proposal came in a speech in Manhattan on Monday, in which the Governor outlined his agenda for the first 100 days of his third term, reports The New York Times.

“Let’s legalize the adult use of recreational marijuana once and for all,” New York Governor Andrew M. Cuomo said in his speech.

The speech showed, in striking detail, Cuomo's leftward evolution in his eight years in office, from a business-friendly centrist who considered marijuana a "gateway drug", to a self-described progressive championing recreational marijuana, taxes on the rich and a ban on corporate political donations.

"The fact is we have had two criminal justice systems: one for the wealthy and the well off, and one for everyone else," Cuomo said before introducing the cannabis proposal, describing the injustice that had "for too long targeted the African-American and minority communities."

“We must also end the needless and unjust criminal convictions and the debilitating criminal stigma”, he added as reported by The Washington Post.

The Governor's statement is being considered as the strongest public endorsement of marijuana used for recreational purposes which stands contrary to his prior oppisition, who called it a "gateway drug", reports TWP.

Ten other states and Washington, D.C., have legalised recreational marijuana, spending the new tax revenue on a range of initiatives, including schools and transportation.

The idea is expected to win support in Albany, where Democrats captured the State Senate in the November mid-term polls.

Besides legalising marijuana, Cuomo also pledged to invest an additional $150 billion in infrastructure and also repeated his calls for the introduction of automatic voter registration, voting by mail and early voting, and he suggested that Election Day become a state holiday.

New York is one of only 12 states that does not allow early voting.

A Quinnipiac University poll in May showed that 63 per cent of New Yorkers favoured legalising marijuana.