The 67-year-old who helmed the US Central Command from 2013 to 2016 has been chosen to lead the Pentagon, according to media reports. 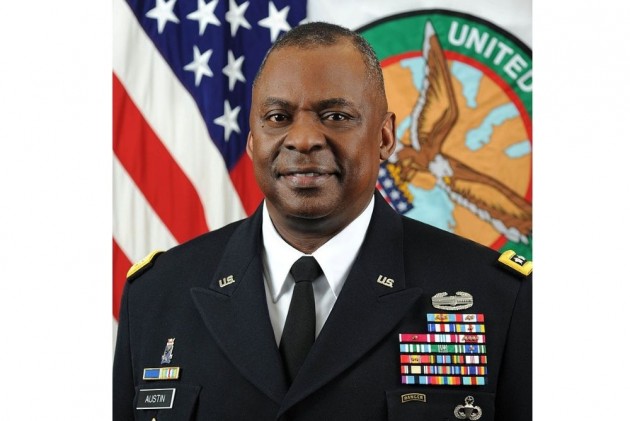 US President-elect Joe Biden has selected retired Army general Lloyd Austin to run the Pentagon as Secretary of Defence, according to media reports. If confirmed by the Senate, the 67-year-old career military officer would be the first African-American to lead the Department of Defence.

The office of the President-elect did not confirm the news, but said Biden will announce additional members of his Cabinet before Christmas, including his nominee for Secretary of Defence and members of his economic and domestic cabinet before the end of this week.

“Retired Gen. Lloyd Austin, once viewed as a long-shot candidate to be President-elect Joe Biden's defence secretary, has been chosen to lead the Pentagon,” Politico reported on Monday.

Joe Biden Says His Picks Show US Back On World Stage

Biden has selected retired Austin, the former commander of US Central Command, to be his secretary of defence, the CNN also reported, quoting a source familiar with the decision. Biden's decision to pick Austin comes amidst increasing pressure from the African-Americans to name one of them to the top four positions -- Secretary of State, Treasury Secretary, Defence Secretary and Attorney General, according to political observers.

Austin was the Commander of the US Central Command from 2013 to 2016. In this position, he closely interacted with the top Pakistani military leadership.

If nominated by Biden, he would be the second Defence Secretary after James Mattis in four years to require Congressional waiver to head the position. Mattis, a retired US Marine Corps general, served as the defence secretary from January 2017 through January 2019.

As per rules, a former member of the military should be out of uniform at least seven years before serving as defence secretary. The laws were meant to preserve the civilian nature of the Department of Defence.

Austin in 2012 also served as the first African-American vice chief of staff of the Army. A year later, he assumed charge of the US Central Command. Austin retired from the Army in 2016.