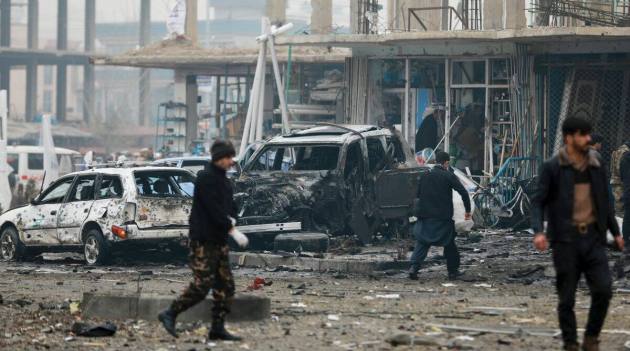 A roadside bombing targeting a Taliban vehicle in eastern Afghanistan killed at least two civilians Saturday, including a child, Taliban and health officials said. Four others were wounded.

Two bombs detonated as a Taliban vehicle was passing by, killing one child, district police chief Ismatullah Mubariz said, adding that no Taliban fighters were harmed.

No one immediately claimed responsibility for the attack but the Islamic State group is active in eastern Nangarhar province, where it has launched frequent attacks targeting the Taliban.

A local hospital official said two bodies and four wounded civilians were transferred to the hospital after the attack. The official spoke on condition of anonymity because they were not authorized to brief the media.

Recently, IS has shown signs of expansion in Afghanistan, with attacks in the north, the south and the capital of Kabul. The group's ability to launch frequent attacks has cast doubt over the Taliban's ability to maintain security and stability in the embattled country.

Last week, IS claimed responsibility for a deadly suicide bombing on a Shiite mosque in southern Afghanistan that killed 47 people and wounded scores more. It was the deadliest since the dramatic U.S. exit from the country, which allowed the Taliban to seize control of the Afghan capital.