RSF (Reporters Without Borders) in its annual press freedom report has sounded the alarm, stating China, Belarus and Myanmar are among the 'worst culprits' when it comes to jailing journalists in 2021. 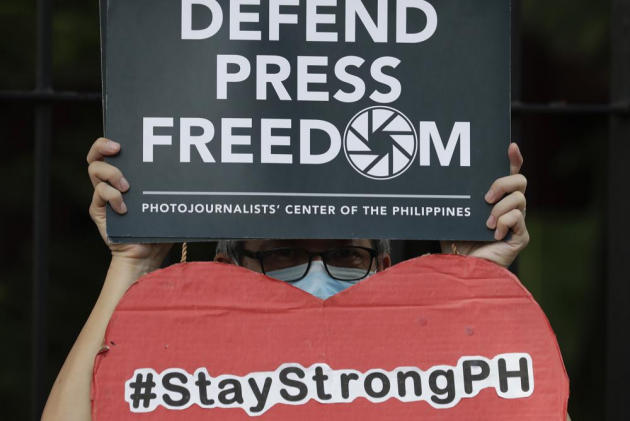 Times are tough for journalists.

Authoritarian regimes like Belarus, China and Myanmar are cracking down with increasing zeal against pro-democracy movements in their countries — with freedom of speech as a collateral casualty. And in Western democracies such as the United States and in Europe, populists and conspiracy theorists are increasingly threatening press freedoms, particularly during the Covid-19 pandemic.

The organization Reporters Without Borders (RSF) is sounding the alarm in its current annual roundup of violence and abuse suffered by journalists. Its press freedoms report concludes that ever more media professionals are being arbitrarily arrested while doing their job.

In 2021, 46 journalists were killed — the lowest tally in many years. One reason for that, RSF says, is how tensions have decreased in regional conflict zones in Syria, Iraq and Yemen.

Katja Gloger, a board member of RSF Germany, added: "The most dangerous countries are Mexico, once again — with seven — and Afghanistan, with six journalists killed. Yemen and India each had four media workers killed in 2021."

Some 65 journalists are considered kidnapped, with the majority of the abductions in Syria, Iraq and Yemen.

More detained journalists than ever

Yet in 2021, there were at least 488 journalists worldwide who were detained in connection with their work. This is the highest number the organization has ever recorded. The report clarified that 103 of these are not professional journalists; they are activists who express their views on social media.

For their work operating cameras, 22 people are in custody. And the number of female journalists imprisoned due to their profession increased by one-third, according to the report.

Reporters Without Borders points to five countries for the hike in detentions. RSF has logged 127 detained journalists in China, 53 in Myanmar, and 32 in Belarus. Vietnam and Saudi Arabia are also noted.

The report states that this "exceptional surge in arbitrary detention is mostly attributable to three countries whose governments are indifferent to their citizens' yearning for democracy. The magnitude of these figures is also indicative of an increasingly relentless crackdown on independent media."

Katja Gloger says: "The surge in numbers is also a result of new geopolitical power relations in which these regimes are getting too little pushback from the world's democracies."

One example: Disputed Belarusian leader Alexander Lukashenko is managing to suppress anti-regime protests and cling on to power only with brute force. But Russian President Vladimir Putin is supporting the autocrat — and international sanctions aren't having the desired effect.

In a recent case to hit the headlines, a Belarus court sentenced prominent blogger and opposition figure Siarhei Tsikhanouski to 18 years in a penal colony.

Meanwhile in Myanmar, the number of journalists behind bars has jumped since the military coup in early February, according to the report. Only two prison inmates were recorded in 2020.

In China, the unprecedented number of detentions are partly due to Xi Jinping's increasing control over Hong Kong.

The RSF roundup states: "In this special administrative region, which used to be a regional model of respect for press freedom, and which had no imprisoned journalists, the national security law imposed by Beijing in 2020 has been used as a pretext for arresting and detaining at least 10 journalists as of December 1."

Behind every murdered or detained journalist, there is a name and an individual. Shahnaz Raufi was an Afghan journalist who was killed in March, in an attack claimed by the "Islamic State" militant group.

News of the murder of crime reporter Peter de Vries sent shockwaves across the Netherlands, Europe and beyond.

The case of Australian Wikileaks founder Julian Assange has also been grabbing international attention again of late. On December 10, a British appeals court ruled that the 50-year old could be extradited to the United States after all, overturning an earlier judgment. He faces up to 175 years in jail if convicted of espionage charges.

RSF, which is headquartered in Paris and has 13 regional offices, was set up in 1985 and works for press freedom in more than 130 countries.