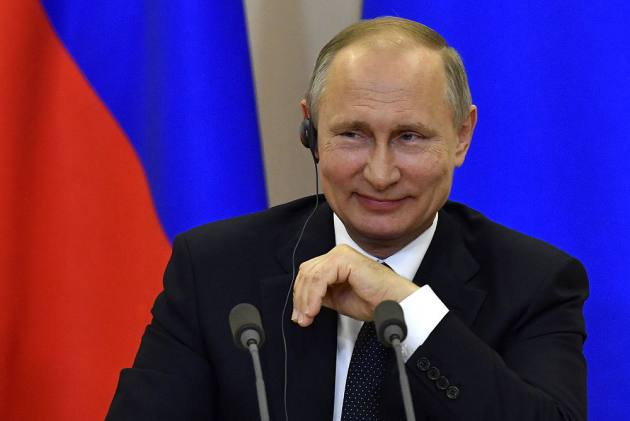 Putin welcomed Belarusian President Alexander Lukashenko's proposal to hold another round of military drills, saying that they could be held in February or March. Speaking during a meeting with Lukashenko in St. Petersburg, he added that military officials will coordinate details.

Putin's announcement comes amid a Russian troop buildup near Ukraine that raised Western fears of an invasion. Some officials in Ukraine have voiced concern that Russia may attack the country from Belarusian territory.

Russia has denied having plans to attack its neighbor, but urged the U.S. and its allies to provide guarantees that NATO doesn't expand to Ukraine or deploy its weapons there — demands the West has rejected.

Russia and Belarus have a union agreement envisaging close political, economic and military ties, and Moscow has staunchly backed Lukashenko amid Western pressure. That pressure intensified after a brutal crackdown on domestic protests fueled by Lukashenko's reelection to a sixth term in an August 2020 vote that the opposition and the West say was rigged.

Tensions have escalated further since the summer over the arrival of thousands of migrants and refugees on Belarus' border with EU member Poland. The EU has accused Lukashenko of retaliating for its sanctions by using desperate asylum-seekers as pawns and tricking them into trying to enter Poland.

In a show of support for Lukashenko, Russia conducted massive war games with Belarus in September that involved 200,000 troops. In recent week, Moscow has repeatedly sent its nuclear capable bombers on patrol over Belarus in recent weeks.

The Belarusian leader hasn't elaborated on what kind of Russian atomic weapons Belarus would be willing to accommodate, but noted that the ex-Soviet nation has carefully preserved the necessary military infrastructure dating back to the time of the USSR.