Russia's daily death tolls have set records daily over the past few days, approaching 1,000 as contagion spikes amid a sluggish vaccination rate. 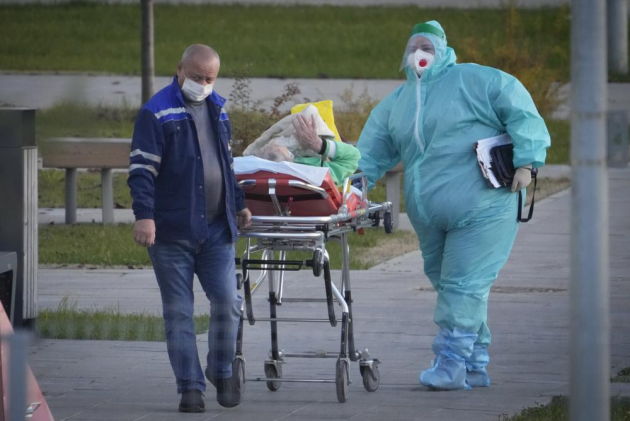 Russia's daily tolls of coronavirus infections and deaths surged to another record on Friday, a quickly mounting figure that has put a severe load on the country's health care system.

The government's coronavirus task force reported 32,196 new confirmed coronavirus cases and 999 deaths in the past 24 hours.

Daily death tolls have set records daily over the past few days, approaching 1,000 as contagion spikes amid a sluggish vaccination rate and authorities' reluctance to toughen restrictions that would further cripple the economy.

The government said this week that about 43 million Russians, or just about 29% of the country's nearly 146 million people, are fully vaccinated.

Despite the mounting toll, the Kremlin has also ruled out a new nationwide lockdown like the one early in the pandemic that badly hurt the economy, eroding President Vladimir Putin's popularity.

Instead, it has delegated the power to enforce coronavirus restrictions to regional authorities.

Some of Russia's 85 regions already have restricted attendance at large public events and limited access to theaters, restaurants and other places.

However, life remains largely normal in Moscow, St. Petersburg and many other Russian cities, with businesses operating as usual and mask mandates loosely enforced.

The official record ranks Russia as the fifth-hardest-hit nation in the world following the United States, Brazil, India and Mexico.

However, the state statistics agency Rosstat, which also counts deaths where the virus wasn't considered the main cause, has reported a much higher toll of pandemic deaths — about 418,000 deaths of people with COVID-19 as of August. (AP)