The Russian Justice Ministry said it added the online news site Insider and five journalists to the list of 'foreign agents,' a label that envisages additional government scrutiny 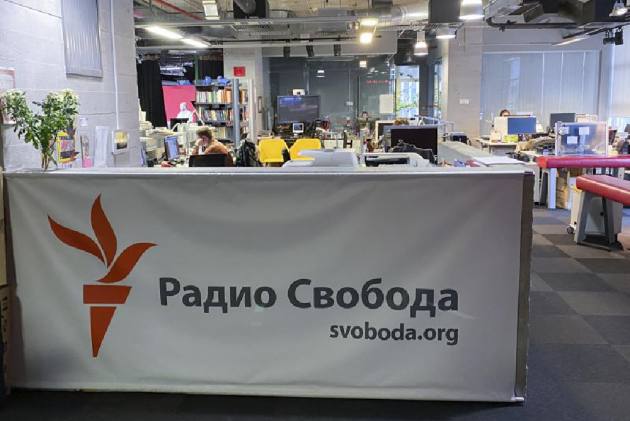 The Justice Ministry said it added the online news site Insider and five journalists to the list of “foreign agents,” a label that envisages additional government scrutiny and carries a strong pejorative connotation that could discredit the recipients.

The Insider has published investigations into alleged corruption and abuses by Russian officials, purported Russian covert action in Ukraine and Syria, and the poisoning of Russian opposition leader Alexei Navalny.

Navalny, the most ardent political foe of Russian President Vladimir Putin, was arrested in January upon returning from Germany, where he spent five months recovering from a nerve agent poisoning that he blames on the Kremlin — an accusation Russian officials reject.

The Justice Ministry acted under a law that is used to designate as “foreign agents” non-governmental organizations and individuals who receive foreign funding and engage in activities loosely described as political.

Another law is used to outlaw groups deemed “undesirable” and makes membership in them a criminal offense. It has been used to ban about 40 groups, including opposition groups, foreign NGOs, and most recently, the publisher of Proekt, an online investigative media outlet.

Russia also used the law to levy heavy fines on U.S.-funded broadcaster Radio Free Europe/Radio Liberty for failing to identify its material as produced by foreign agents. The broadcaster has asked the European Court of Human Rights to intervene.

Russian authorities have raised the heat on the opposition and independent media ahead of the September election, which is widely seen as important to Putin's ability to cement his rule ahead of the country's 2024 presidential election.

Last month, a Moscow court outlawed organizations founded by opposition leader Navalny by labeling them extremist. The court ruling barred people associated with Navalny's Foundation for Fighting Corruption and his sprawling regional network from seeking public office. Many of Navalny's allies had hoped to run for parliament seats in the Sept. 19 election.