The Russia has said that the situation elicits concern, but still it is not considering a countrywide lockdown or any other nationwide measures. 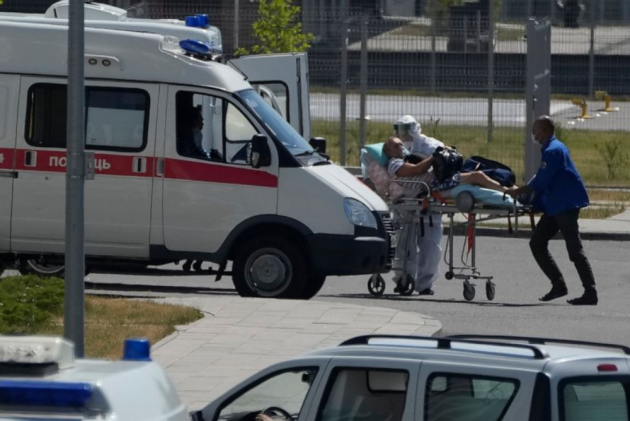 Coronavirus deaths in Russia hit a record for the third time this month on Tuesday, and new infections once again exceeded 25,000 a day — a surge that comes as vaccination rates in the country remain stagnantly low and the government shuns imposing tough restrictions to stem the spread.

This month, records in fatalities came every other day: the previous record, of 890 deaths, was registered on Sunday, and the one before that, of 887 deaths, occurred on Friday.

The Kremlin has said that the situation elicits concern, but still it is not considering a countrywide lockdown or any other nationwide measures.

A number of Russian regions have limited attendance of mass events and restricted access to some public places, such as theaters, cinemas, restaurants and bars, only to those who have been vaccinated, recently recovered from COVID-19 or tested negative over the past 72 hours. But critics argue that these measures aren't enough to slow down the surge.

In some areas of the country, including Moscow and St. Petersburg, life remains largely normal, with businesses operating as usual and mask mandates loosely enforced.

In the meantime, Russia's vast, yet severely underfunded health care system has started to show signs of being overwhelmed by the outbreak.

Russian media have reported long lines of ambulances once again forming in front of hospitals in St. Petersburg, the country's second-largest city, and a desperate ambulance crew in the city of Vladimir 180 kilometers (about 110 miles) east of Moscow driving a COVID-19 patient to a local government building after failing to find a hospital bed for her.

Officials have blamed low vaccine uptake. As of last week, 33.5% of Russia's 146-million population have received at least one shot of a coronavirus vaccine, and just 27.4% have been fully vaccinated. Kremlin spokesman Dmitry Peskov attributed the slow pace of the immunization drive to “an insufficiently active campaign explaining that there are no alternatives” to vaccination.

Despite the soaring infections, officials in Moscow on Monday announced the closure of the largest vaccination point in the Russian capital in Gostiny Dvor, a huge exhibition space, in order to be able to hold “cultural events” there.

Moscow Mayor Sergei Sobyanin promised to start offering free rapid coronavirus tests in malls and government services centers. Daily new infections in the Russian capital nearly quadrupled over the past month, rising from about 1,100 in early September to about 4,000 this week.