Prime Minister Mikhail Mishustin is touring Russia's Far East and Siberia this week, and the Kuril Islands were his first stop on Monday 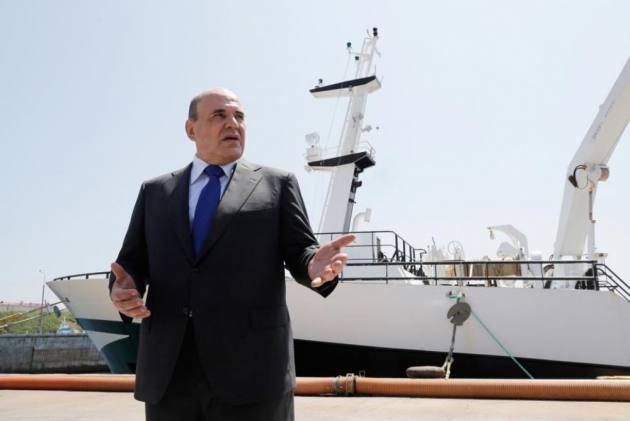 The Russian prime minister on Monday visited the Pacific islands claimed by Japan and said the government is considering setting up a special economic zone there.

Prime Minister Mikhail Mishustin is touring Russia's Far East and Siberia this week, and the Kuril Islands were his first stop on Monday.

Mishustin visited a hospital and a fish plant on Iturup, one of the four southernmost Kuril islands, and told plant workers that the government is considering creating a special economic zone on the islands, in which business and investors would be free of most taxes and customs duties.

The measures Russian officials are currently pondering “could be a good solution for investors, including the ones in the West, for Japan also, which, if interested, can create jobs here,” Mishustin said, adding that “this special regime will allow the intensification of economic activity" on the islands. He said he would discuss the measures with Russian President Vladimir Putin.

On Friday, Putin asked Mishustin to “pay special attention” to the Kuril Islands during his trip to the Far East, noting that Moscow has been working with “Japanese partners ... to create the necessary conditions for those involved in economic activity.”

Japan asserts territorial rights to the islands it calls the Northern Territories. The Soviet Union took them in the final days of World War II, and the dispute has kept the countries from signing a peace treaty formally ending their hostilities.

Decades of diplomatic efforts to negotiate a settlement haven't produced any visible results.

Former Japanese Prime Minister Shinzo Abe spent a lot of time and effort in the hope of negotiating a solution during his nearly eight years in office but scored little progress.

Shortly after taking office last September, newly elected Japanese Prime Minister Yoshihide Suga discussed the territorial dispute in a call with Putin and said he hopes to find a settlement and sign a peace treaty.