Vladimir Putin's United Russia party won the elections in which people could vote online. The critics seek to invalidate the results of online voting and to abolish such a practice in the future to prevent vote-rigging. 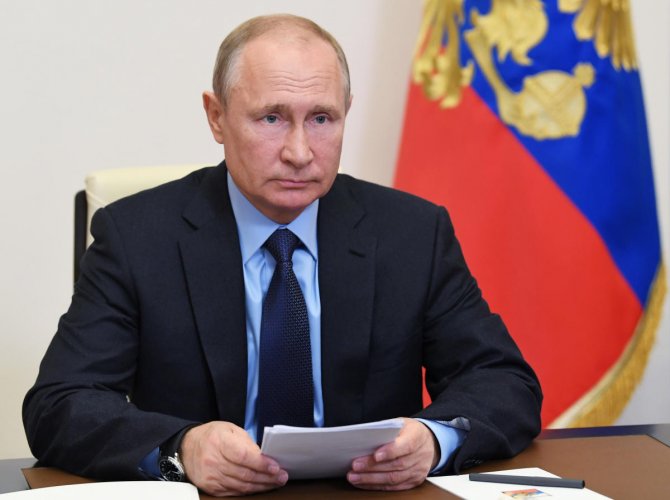 Politicians and activists who lost to Kremlin-backed candidates in Russia's parliamentary election last weekend have formed a coalition to contest the results from online voting in Moscow, which they believe was rigged and blame for their defeat.

Opposition candidates were largely excluded from the ballot, and one of the few Kremlin critics allowed to run for seats in the State Duma, opposition politician Marina Litvinovich, announced the decision to challenge the capital's online election returns.

“On Sept. 17-19, millions of citizens of our country had their votes stolen. That's why we, candidates for the 8th convocation of the State Duma that represent different political forces, have created a committee for abolishing the online voting,” Litvinovich wrote on Facebook.

Election results on Monday handed a win to the Kremlin's United Russia party. It received 49.8% of the vote for the 225 seats apportioned by parties and won 198 out of 225 seats for lawmakers who are chosen directly by voters.

The opposition has denounced the results and pointed to a number of individual Moscow races as evidence of tampering. In those races, Kremlin-backed candidates were losing until the results of online voting, which was an option in Moscow and several other regions, came in Monday — and they suddenly shot ahead.

The committee plans to organize a nationwide protest against the election's outcome, file lawsuits to contest the results and draft legislation banning the use of online voting.

The coalition includes the candidates of several political parties — from the liberal Yabloko and the Communist Party, the second-biggest political force in the parliament, to New People, which was formed last year and is regarded by many as a Kremlin-sponsored project.

The Communist Party does not recognize the results of the vote in Moscow, its senior member and one of the leaders of the coalition Valery Rashkin separately said Thursday.

They all lost single-constituency races in Moscow, where nearly 2 million votes were cast online in addition to at polling stations. Many of the candidates were endorsed by the Smart Voting strategy designed by imprisoned opposition leader Alexei Navalny.

Navalny's team hoped to undermine United Russia's dominance in parliament with Smart Voting, which backed candidates who had the best chance of defeating those supported by the Kremlin. However, authorities undertook a massive effort to suppress the project, including pressuring Apple and Google to remove an app designed by Navalny's allies from their Russian online stores.

In a social media post relayed through his lawyers from prison, Navalny blasted “the almighty Big Tech” for turning into President Vladimir Putin's “helpers” and for “recognizing the right of an authoritarian thief to subjugate the internet, turning it into an instrument of retaining the grip on power.”

The election has been widely seen as an important part of Putin's efforts to cement his grip on power ahead of the 2024 presidential election, in which control of the State Duma, or parliament, will be key.

Smart Voting-endorsed candidates were ahead in at least half of Moscow's 15 single-constituency races until the results of online voting came in on Monday afternoon.

Unlike in several other Russian regions where voters had the option of casting ballots online, Moscow election officials didn't reveal the results of online voting immediately after polls closed on Sunday. The hours-long delay prompted fears the online balloting would be tampered with.

Outrage mounted after the results of online voting upended races in Moscow at the last minute.

In light of the rigging allegations, Alexey Venediktov, head of the Moscow Public Election Monitoring Headquarters and chief editor of the opposition-leaning Ekho Mosvky radio station, ordered a revision of the online voting results from Moscow. Venediktov said Thursday that “no traces of hacking or ballot-stuffing have been detected.”

However, some Kremlin critics said that graphs and charts published by the Public Election Monitoring Headquarters to back its findings actually indicated incidents of ballot-stuffing.

Navalny's top strategist, Leonid Volkov, on Thursday urged candidates and parties, whose “victory was stolen,” to fight on.

“The results of unverifiable, fraudulent online voting in Moscow must be completely invalidated. In St. Petersburg and many other regions, votes must be recounted. We support all peaceful protests that will help achieve this,” Volkov said in a video statement posted on YouTube.

Separately, more than 500 poll workers and election monitors in Moscow signed an open letter to Venediktov, urging to invalidate the results of online voting in the Russian capital, denouncing it as a “rigging tool.”