South Korea logged in 1,275 new cases in the biggest jump in Covid-19 cases the country has reported since last year. 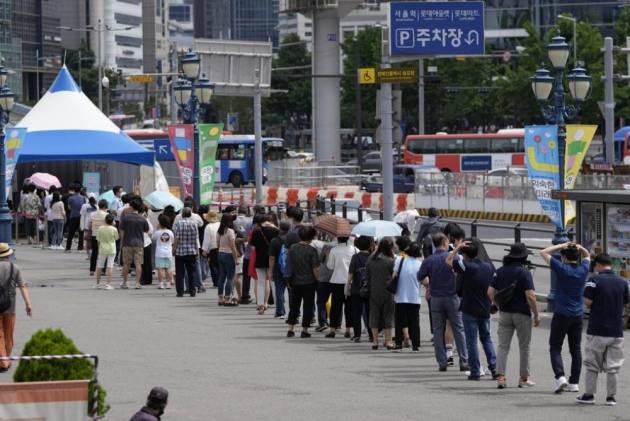 South Korea has reported its biggest daily jump in coronavirus cases since the start of the pandemic as long lines snake around testing stations in the capital, where the virus has accelerated following months of complacency.

More than 1,000 of the infections were in the greater Seoul area, which is home to half the country's 51 million people.

What Has India Learnt From South Korea's 40 Years Of NSA?

The viral surge is a worrisome development in a country where 70% of the people are still waiting for their first vaccine shot.

The country has struggled to maintain public vigilance with warmer temperatures and months of fatigue luring larger crowds to restaurants, bars and parks.