The nuclear reactor site is in the King Abdulaziz city for science and technology on the outskirts of the Saudi capital, Riyadh. 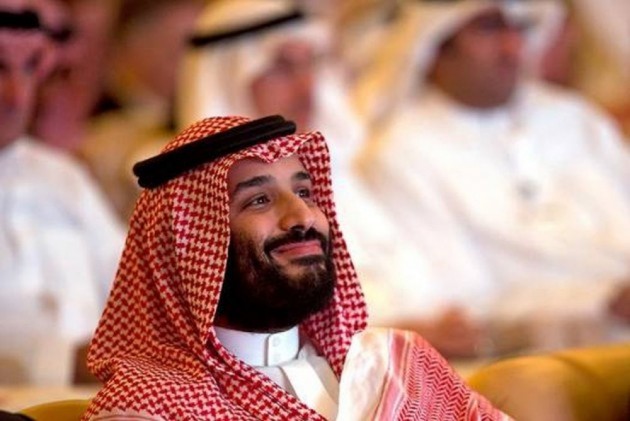 New satellite images have shown that Saudi Arabia has nearly completed its first nuclear reactor, but the conservative Kingdom ruled by the House of Saud is yet to express any readiness to abide by safeguards that would prevent it making a bomb, the media reported on Thursday.

The reactor site is in the King Abdulaziz city for science and technology on the outskirts of Riyadh. The site was identified by Robert Kelley, a former director for nuclear inspections at the International Atomic Energy Agency (IAEA), who said it was very small 30-kilowatt research reactor, not far from completion, the Guardian reported.

"I would guess they could have it all done, with the roof in place and the electricity turned on, within a year," said Kelley, who worked for more than three decades in research and engineering in the US nuclear weapons complex.

The satellite photos show that a 10-metre high steel tubular vessel, which will contain the nuclear fuel, has been erected, and construction work is underway on the surrounding concrete building.

Kelley said the main practical purpose of the research reactor would be to train nuclear technicians, but it also marked the crossing of a nuclear threshold.

Before inserting nuclear fuel into the reactor, Saudi Arabia would have to implement a comprehensive set of rules and procedures, including IAEA inspections, designed to ensure no fissile material was diverted for use in weapons - something it has so far avoided.

The reactor has been designed by an Argentinian state-owned company, Invap SE.

"This reactor should be operational by the end of the year roughly," Rafael Mariano Grossi, Argentina's envoy to the IAEA, confirmed.

"It depends on a number of factors. Invap is in charge of design. They are directing all the operations. But the local engineering is being done by the Saudis."

The emergence of the images comes in the midst of a struggle between the US President Donald Trump's administration and Congress over the sale of nuclear technology to Riyadh, after it emerged that the Department of Energy had granted seven permits for the transfer of sensitive nuclear information by American businesses to the Saudi government, the Guardian said.

Saudi Arabia joined the Non-Proliferation Treaty (NPT) in 1988 but signed a comprehensive safeguards agreement with the IAEA only in 2005, and at the same time exempted itself from regular inspections, by signing a "small quantities protocol", designed for countries with negligible quantities of nuclear material.

Riyadh has so far resisted IAEA requests for it to rescind that protocol and accept stricter controls.