Satellite Web: The Next Frontier

India needs to urgently develop its own satellite network for providing ubiquitous high bandwidth satellite-based connectivity across the country. Ignoring this development would imply getting left behind in future space and telecom industries and continuing to be importers of such critical technologies. It would also mean losing out future high paying jobs. 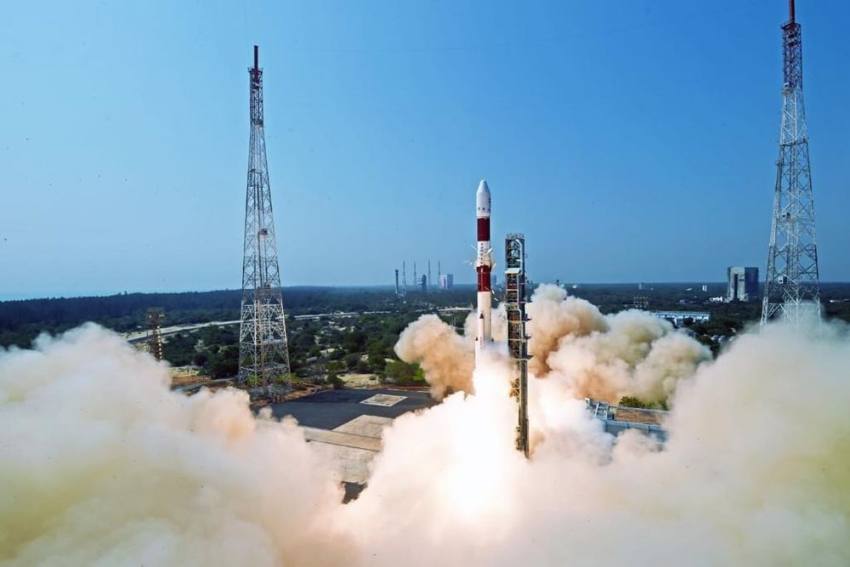 In the last few articles, I covered a multitude of technologies that are on the horizon, and that will define how we live and work. As a corollary, they will become significant industries and economies that do not invest in them, will be left behind to be net importers of such technologies and related services.

High-speed satellite connectivity through low earth orbit (LEO) satellites is one such technology that will impact many aspects of our life. As I had mentioned in one of my earlier articles on the evolution of communication, we have moved from wireless technologies replacing wired technologies and wired technologies being replaced by wireless technologies, as per the prediction of Prof. Negroponte of MIT. What this meant is that in the local loop, our copper-wired telephones were replaced by mobile telephony and in the long-distance, satellite-based connectivity, with multiple hops and downlinks and uplinks were replaced by wired undersea fibre-optics.

However, as communication technologies progress further, we are moving into a world where multiple communication technologies will overlap and provide layered connectivity, that will connect everyone and everything. So, we will have 5G connectivity at blistering speeds, layered with Wifi where 5G has a black spot, with satellite connectivity where it is not economically feasible to provide 5G. And unfortunately, a large part of India will continue to be economically infeasible for providing connectivity due to either the terrain or absence of power or due to sparseness of population and myriad other reasons.

Can India Afford To Miss The Artificial Meat Bus?

The Age of Robotics: How Robots Will Take Over Most Aspects Of Our Lives

It is for such regions, including the large exclusive economic zone of India along its coastlines, that high-speed affordable satellite connectivity becomes imperative. So why hasn’t India gone ahead and developed such a system, given the prowess that India possesses in space technologies? There are many reasons for India not setting up such a solution, including the fact that some of the technologies still need to be developed to make this possible. But then again, these are not really a roadblock as India can develop these technologies, especially when it is for providing connectivity to all, that is critical for the development of India, and as the Wuhan Virus pandemic has shown, access to basic health and education is also dependent on connectivity. So, we come back to the question as to why India has not developed such a system for high bandwidth satellite connectivity?

The question becomes even more pertinent as a quick back-of-envelope calculation shows that India is perhaps better poised to recover the initial investments made into setting up such a system, because of the economics of scale that India offers. We can actually have the cheapest broadband satellite connectivity due to the large population base that we have, akin to the cheap mobile phone connectivity that we have, which was made possible due to the economies of scale.

This brings us to the question as to how fast an internet service can be provided through satellite. Aren’t satellites providing only very narrow bandwidth? And what is the latency (i.e. time taken for the signal to reach the access instruments – if the latency is high, then there will be a lag in a two-way conversation)? The good news is that satellite connectivity can now provide upwards of 100 Mbps. This is humungous. And such connectivity can be provided at latency rates that are comparable to fibre-optic connectivity. So, this technology has the potential to provide broadband to the entire world at affordable rates.

It becomes even more interesting when we look at the possibility of one enterprising person in a village, connecting one satellite connection to a Wifi system, and providing connectivity to five other houses. It would crash the cost of access to broadband connectivity, thus providing access to health and education to all. It is a no-brainer that India needs to have a play in this technology as soon as possible.

It is also a no-brainer for India to jump in as soon as possible, as such technology will become a significant industry, fueling other industries in the country. It would require hundreds of satellites to be built and launched every year. It would require a new set of technology to be built and maintained, with downstream manufacturing, supply-chain, repairs and associated services. It would have a deep impact on the current telecom industry. And, if India chooses to sit out of this technology bus, then we will be condemned to import this entire technology and beg to foreign players to do the last bit of the manufacturing in India, which would essentially involve low value-add assembling.

Even more disconcerting is that the satellites will not require uplink and downlink facilities to communicate between the satellites. Such uplinks and downlinks will be replaced by satellite-to-satellite laser communications at over 100 Gbps and even if a ground link is required, it would be based on the laser that is not a regulated spectrum and hence no approval is required from any government to run the systems. So, India’s control over-commercialization of its space will be greatly diminished.

We already have major players globally, that are eyeing the Indian market. Elon Musk’s Starlink is expected to be launched in India by next year. The UK based OneWeb, where Sunil Mittal of Bharti Enterprise (Airtel) fame is a significant shareholder, along with Softbank and the UK Government, is another key player. We also see the plans of Canadians and the Japanese to enter this market, along with Amazon, Google and Facebook. One can also be pretty sure that the Chinese also have some kind of plan on their drawing boards to create the requisite technology and enter the market. And once the Indian market gets opened to any one of these players, it would become very difficult for a new Indian player to access their own market. Indian players will get shut out as they will not be able to compete because of being late starters.

If India would not like to perpetually remain a market for the next generation of technologies, then India would need to take action immediately. Getting into this market would also propel India into the forefront of future space and telecom industries.