Five people have been sentenced to death over the murder of journalist Jamal Khashoggi, but two top figures investigated over the killing have been exonerated, Saudi Arabia's public prosecutor said. 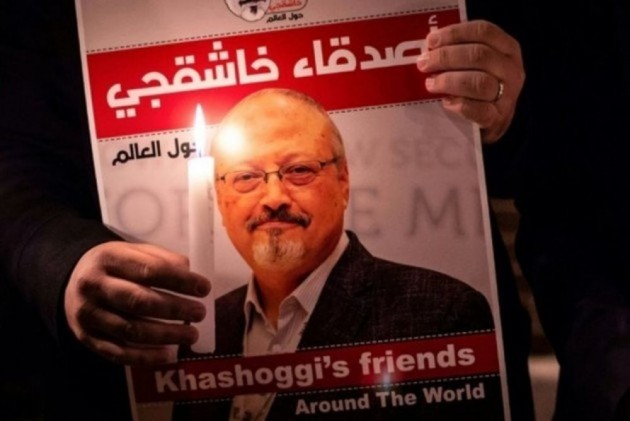 Five people have been sentenced to death over the murder of journalist Jamal Khashoggi, but two top figures investigated over the killing have been exonerated, Saudi Arabia's public prosecutor said Monday.

Khashoggi, a Washington Post contributor, was murdered in October last year in what Riyadh called a "rogue" operation, tipping the kingdom into one of its worst diplomatic crises and tarnishing the reputation of Crown Prince Mohammed bin Salman.

The 59-year-old Saudi insider-turned-critic was strangled and his body cut into pieces by a 15-man Saudi squad inside the kingdom's consulate in Istanbul, according to Turkish officials. His remains have not been found.

Both aides were part of Prince Mohammed's tight-knit inner circle and were formally sacked over the killing, but only Assiri appeared in the court hearings, according to Western sources.

Qahtani, who led fiery social media campaigns against critics of the kingdom and was seen as a conduit to the crown prince, has not appeared publicly since the murder and his whereabouts are a subject of fevered speculation.

Maher Mutreb, an intelligence operative who frequently travelled with the crown prince on foreign tours, forensic expert Salah al-Tubaigy and Fahad al-Balawi, a member of the Saudi royal guard, were among the 11 on trial, sources have told AFP.

It was unclear if they were among those who were sentenced to death.

The sources said that many of those accused defended themselves in court by saying they were carrying out orders by Assiri, describing him as the "ringleader" of the operation.

According to the prosecutor's statement, of the 11 unnamed individuals indicted in the case, five were sentenced to death, three face jail terms totalling 24 years, and the others were acquitted.

The Riyadh court hearing the case held a total of nine sessions attended by representatives of the international community as well as Khashoggi's family, it said.

The Khashoggi murder rattled the world at a time when Saudi Arabia and its de facto leader, Prince Mohammed, were pushing an aggressive public relations campaign to rebrand the ultraconservative kingdom as a modern state.

The United Nations and human rights groups have called for an independent investigation into the killing.