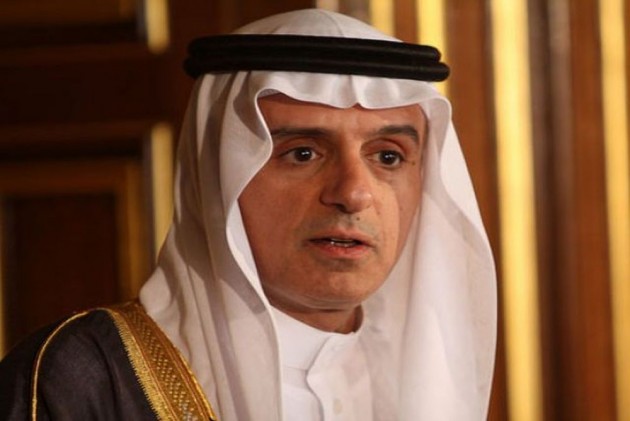 “Last night I also spoke to the Saudi foreign minister, and he expressed his desire to visit Pakistan, which I fully supported,” Qureshi said.

Speaking to Geo News, Qureshi said, "I have received a message that the Saudi foreign minister is departing for Pakistan."

US Secretary Of State Pompeo Speaks To Ajit Doval Amid Tensions Between India, Pak

Al Jubeir will discuss the rising India-Pakistan tensions with his Pakistani counterpart during his visit. He is also expected to meet Pakistan Prime Minister Imran Khan and the army chief during his visit.

“We support US President Donald Trump’s statement,” FM Qureshi said while addressing the media after the federal cabinet meeting on Thursday.

The Crown Prince of Saudi Arabia visited Islamabad on 17 February, where he said dialogue was the only way to resolve "outstanding issues" between India and Pakistan.

After concluding his high-profile tour of Pakistan, the Saudi Crown Prince visited India and held talks with Prime Minister Narendra Modi and extended all cooperation to deal with terrorism and extremism.

Tensions have escalated between India and Pakistan in the wake of the Pulwama attack by Pakistan-based JeM.

India carried out air strikes against the biggest training camp of JeM in Balakot. In the operation, a very large number of JeM terrorists, trainers, senior commanders and groups of jihadis who were being trained for suicide attacks were eliminated. The facility at Balakot was headed by Yousuf Azhar, the brother-in-law of the JeM chief.

Pakistan on Wednesday claimed it shot down two Indian fighter jets over Pakistani air space and arrested a pilot.

Forty CRPF personnel were killed and many injured on February 14 in one of the deadliest terror attacks in Jammu and Kashmir when a JeM suicide bomber rammed a vehicle carrying over 100 kg of explosives into their bus in Pulwama.