In June 2020, Donald Trump instituted Proclamation 10052, ceasing the processing of non-immigrant H-1B, L-1, H-2B, and J-1 visas, based on the alleged potential risk to the labour market. 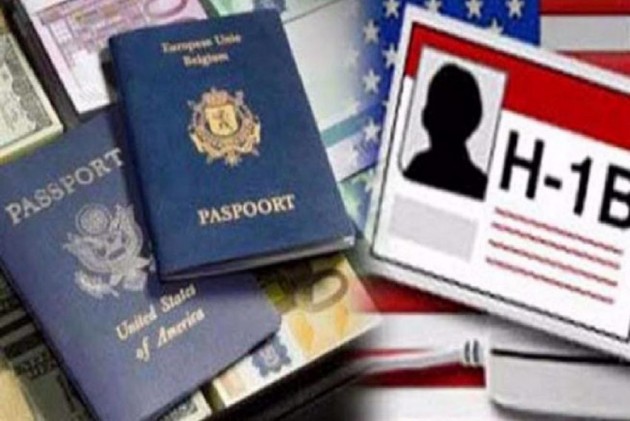 Five top Democratic senators on Thursday urged Unites States President Joe Biden to revoke the ban on some non-immigrant visas put in place by his predecessor Donald Trump. One of these visas is the H-1B visa which is popular among Indian IT professionals, saying this creates uncertainties for US employers, their foreign-born professional workers, and their families.

In June 2020, Trump instituted Proclamation 10052, ceasing the processing of non-immigrant H-1B, L-1, H-2B, and J-1 visas, based on the alleged potential risk to the labour market.

Although Proclamation 10052 is set to expire on March 31, 2021, businesses have indicated that inaction will further harm their businesses and economic recovery.

The senators said that because the visas that Proclamation 10052 halted either target low-unemployment professions or require that the visa holder does not displace an American worker, businesses that rely on foreign workers have struggled to fill jobs despite increased unemployment.

Reports have suggested that jobs in fields such as information technology -- which H-1B visa holders would have filled -- have remained open or were moved overseas, said senators Michael Bennet, Jeanne Shaheen, Angus King, Cory Booker, and Bob Menendez.

Technology companies depend on it to hire tens of thousands of employees each year from countries like India and China.

“The continuation of this ban creates delays and uncertainties for US employers, their foreign-born professional workers, and their families,” wrote the senators in a letter to President Biden.

“Rather than attracting talented individuals to the United States, allowing these bans to remain in effect makes the immigration system harder to navigate and drives foreign talent to other countries,” they wrote.

Additionally, many businesses in seasonal communities that Proclamation 10052 has affected rely on foreign workers to meet the demand of the high-visitation summer months.

Failing to revoke the visa ban immediately threatens both workers and employers in these communities who cannot adequately and safely prepare for the surge season, they said.

“Every day these visa bans remain in place undermines our collective vision for a new, more prosperous and welcoming nation. We urge you to follow through on your promise to rescind Proclamation 10052 without delay, resume timely processing of nonimmigrant visas, and direct US Embassies and Consulates to open up visa appointments for nonimmigrant visas as soon as possible,” the senators wrote.

Despite the increased unemployment due to the coronavirus pandemic (COVID-19), businesses that rely on foreign workers struggled to fill jobs as the nonimmigrant categories affected by PP10052 either target low-unemployment professions (e.g., H-1B and L-1 visas) or require that the nonimmigrant will not displace an American worker (e.g., H-2B, J-1), the senators wrote.

The H-2B programme allows US employers or agents “to bring foreign nationals to the United States to fill temporary nonagricultural jobs.”

“Several of these categories (H-2B and J-1 Summer Work Travel and Camp Counselor) by regulation are seasonal and heavily used during the summer months when seasonal communities across the country welcome an influx of visitors.

The L-1 Visa is reserved for managerial or executive professionals transferring to the US from within the same company, or a subsidiary of it.

"Failing to revoke the Proclamation immediately places these programmes at risk because both workers and employers cannot adequately prepare for the surge season,” they wrote.

Looking ahead to long-term economic recovery, the deficit of foreign workers to fill available American tech jobs will worsen through any further lack of access to foreign talent, they said.

“Reports also suggest that many jobs in fields such as information technology that would have been filled by H-1B nonimmigrants have remained open or were moved permanently overseas.

"Moreover, these same businesses have also noted that Proclamation 10052, coupled with defunct executive orders, has kept U.S. citizens and permanent residents separated from their parents, adult children, and siblings,” the senators wrote.

“We believe that it’s possible to continue processing these visas while also preventing the spread of the Covid-19 pandemic. This specific Proclamation is not premised on the safety and welfare of American citizens,” they said.