The Supreme Court has also reinstated Nepal’s dissolved House of Representatives for the second time in five months. 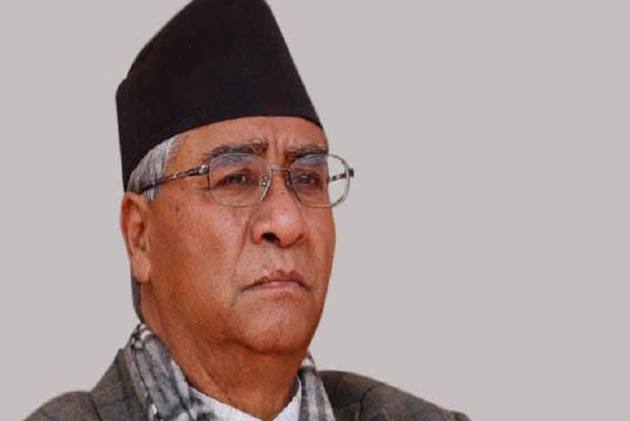 Nepali Congress chief Sher Bahadur Deuba will be taking oath as the next Prime Minister of Nepal on July 13 after Nepal’s Supreme Court on July 12 directed President Bidya Devi Bhandari to appoint Deuba as the new PM by Tuesday.

The Supreme Court has also reinstated Nepal’s dissolved House of Representatives for the second time in five months.

On Monday, a meeting of the alliance decided to work towards forming a small Cabinet on Tuesday after the Supreme Court, in its verdict issued in favour of reinstatement of House of Representatives, had also passed an order to President Bidya Devi Bhandari to appoint Opposition leader Deuba as the prime minister by 5 pm on Tuesday in place of incumbent K P Sharma Oli.

According to the leaders of the alliance, the meeting stressed the need to make the alliance more effective, The Himalayan Times reported.

The Supreme Court on Monday overturned Prime Minister Oli’s May 21 decision to dissolve the House of Representatives and ordered appointment of Deuba, Nepali Congress president, as prime minister.

The five-member Constitutional Bench led by Chief Justice Cholendra Shumsher Rana said that Oli’s claim to the post of prime minister as per Article 76 (5) was unconstitutional.

Reinstating the House yet again–the court had restored the House earlier on February 23 after Oli dissolved it on December 20–the bench has ordered to make arrangements for holding the House meeting by 5pm on July 18.

In its order, the constitutional bench said President Bhandari’s decision to reject Deuba’s claim to form a new government under Article 76 (5), as called by her, is unconstitutional.

Although the apex court’s order has paved the way for Deuba to become a new prime minister, for now, Deuba will have to secure majority votes in Parliament to survive as the prime minister for the remaining term of the 275-member House.

Meanwhile, Prime Minister Oli called on President Bhandari at her official residence Sheetal Niwas after the apex court rendered their move to dissolve the House of Representatives, unconstitutional.