Ugly encounters between anti-maskers and flight staff have been witnessed in the past. The fines are now being doubled and would stay at least until January 18th, the Department of Homeland Security informed. 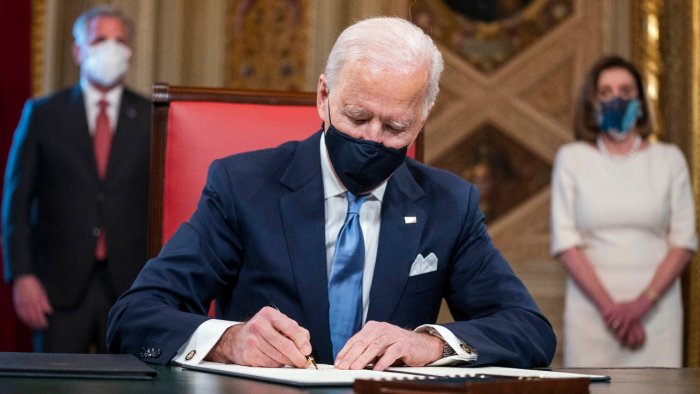 The US is doubling the fine for people who break the rule requiring masks on planes, trains and other forms of public transit to slow the spread of COVID-19, with President Joe Biden warning Thursday that violators should “be prepared to pay.”

First-time offenders would face a potential fine of $500 to $1,000 and second-time offenders could pay $1,000 to $3,000 under rules that the Transportation Security Administration said will go into effect Friday.

“If you break the rules, be prepared to pay,” Biden said as he announced the increase during a speech outlining sweeping new federal vaccine requirements as part of an effort to increase COVID-19 vaccinations and curb the surging delta variant.

The president also rebuked people who have been taking out their anger about the mask requirement on flight crews.

“And by the way, show some respect,” he said. “The anger you see on television toward flight attendants and others doing their job is wrong. It's ugly.”

The mask mandate has been controversial and has led to many tense encounters between passengers who don't want to wear a mask and flight attendants asked to enforce the rule. The Federal Aviation Administration said last month that airlines have reported 3,889 incidents involving unruly passengers this year, and 2,867 — or 74% — involved refusing to wear a mask.

The rule requiring masks on planes and all public transit will remain in effect until at least Jan. 18, the Department of Homeland Security said.

DHS Secretary Alejandro Mayorkas said masks will be required “as long as necessary” to protect public health amid the pandemic.

The mask order, based on Centers for Disease Control and Prevention guidelines for responding to the pandemic, was first issued on Jan. 29, days after Biden took office. Before that, airlines had their own requirements for face coverings but former President Donald Trump's administration had declined to make it a federal rule.