Sirens In Northern Israel Warn Of Attack From Lebanon

In a statement, Israeli army said sirens sounded before noon in the Golan Heights and Upper Galilee near the Lebanese border. 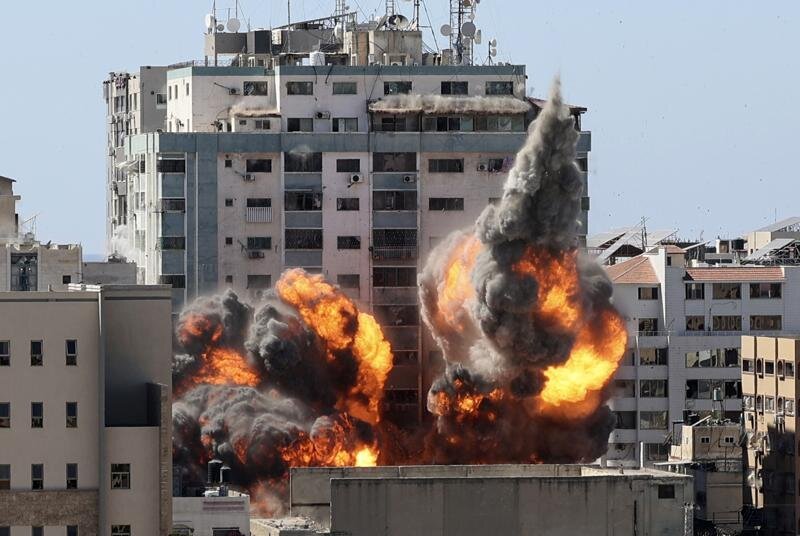 The Israeli army says sirens in northern Israel are warning of new attacks from over the border with Lebanon on Friday.

In a statement they said sirens sounded before noon in the Golan Heights and Upper Galilee near the Lebanese border.

A Lebanese army official said the military had no confirmation yet of rockets fired from south Lebanon, where the Iran-backed Hezbollah group has stockpiled thousands of rockets.

The report comes after several days of fire over the border, including rare Israeli airstrikes on what the army said are launch sites.

The overnight airstrikes were a marked escalation at a politically sensitive time. Israel's new eight-party governing coalition is trying to keep peace under a fragile cease-fire that ended an 11-day war with Hamas' militant rulers in Gaza in May.

Hezbollah's Al-Manar TV reported that five rockets were fired from southern Lebanon toward an Israeli army position in the disputed Cheeba Farms area on the edge of the Golan Heights.

The station referred to the firing as “unknown rockets,” an apparent term to hint that the group was not behind the attack.