Many were brandishing posters writing 'Afghanlivesmatter' and 'Evacuation now'. 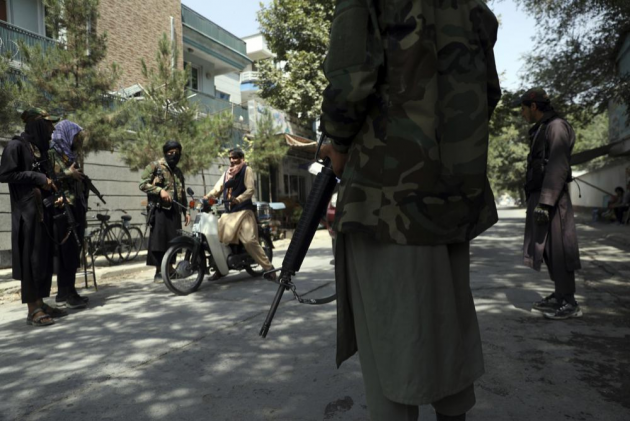 About 200 people, mostly Afghan nationals, gathered in Paris on Sunday to show solidarity toward evacuees and refugees from Afghanistan, one week after the Taliban took power in the country.

Many were brandishing posters writing “Afghanlivesmatter” and “Evacuation now.”

Safi Matiullah, a 33-year-old Afghan who left his country two years ago and has been living in France for about nine months, said “we want to bring our family here.”

Matiullah said his parents and sisters remained in Afghanistan amid “big danger” and he was not able to get in touch for two weeks.

Ezat, a co-organizer of the gathering who asked not to be identified by his last name, said the Taliban “are taking back all freedoms we had until now and for 20 years.”

He called on France to welcome refugees because “it's not the Taliban who are fleeing the country, it's people whose lives are in danger.”

Macron said Monday that France would “do its duty to protect those who are most at risk,” but also said Europeans must “protect ourselves against significant irregular migratory flows.”

France has evacuated almost 600 people from Kabul since Monday, most of them Afghan citizens who worked with the French government or French groups in Afghanistan.(AP)