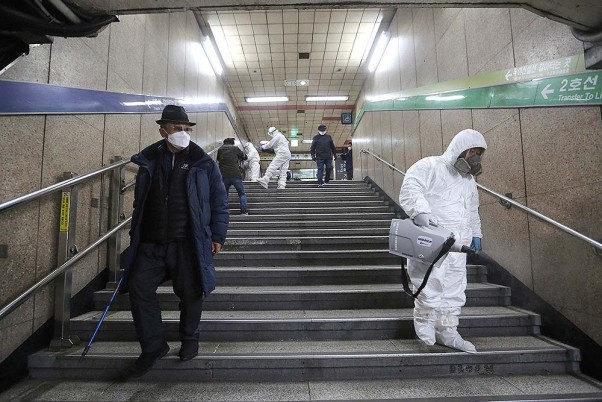 South Korea will prohibit private social gatherings of more than five people and shut down ski resorts and major tourist spots nationwide starting from Christmas Eve as it contends with surging coronavirus infections.

The restrictions revealed by Prime Minister Chung Sye-kyun on Tuesday widen similar plans announced by authorities in the Seoul metropolitan area to a national level and are the most serious step the government has taken so far to reinstate social distancing after months of complacency.

Chung said the measures will be in place at least until January 3.

The capital area has been at the center of a viral resurgence in past weeks that has overwhelmed hospitals and increased death tolls and raised questions to how the government is handling the outbreak.

The Korea Disease Control and Prevention Agency on Tuesday reported another new 869 infections, mostly from the capital area, which brought the country's caseload to 51,460.

Forty-eight Covid-19 patients have died in the past 48 hours, the deadliest two days since the emergence of the pandemic.

The death toll could rise as the agency said 281 among 14,810 active patients were in serious or critical condition.

The viral resurgence has put pressure on the government to raise social distancing restrictions to maximum levels, something policymakers have resisted for weeks out of economic concerns.

In other developments in the Asia-Pacific region: — The spread of the Covid-19 outbreak in Sydney's northern beach suburbs appeared to continue to slow on Tuesday, raising hopes that a lockdown will be eased by Christmas.

State Premier Gladys Berejiklian said she would announce on Wednesday whether a lockdown of more than 250,000 people in the northern beaches that has been in force since Saturday would be eased.

She said while the numbers were lower, more places have been identified with ties to cases. Previously, cases had centered on two live music venues.

One new case, however, was a nurse involved in transferring infected arrivals from the airport.