South Korea's biggest dairy firm 'Seoul Milk' has come under fire for comparing women with cows in one of its recent commercials. 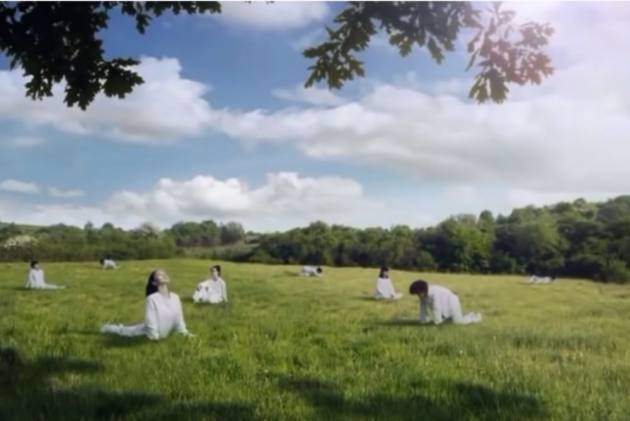 It’s the 21st century and women are still being shown as cows. A recent advertisement by South Korea’s biggest dairy firm has drawn ire on social media for its glaring sexism.

The commercial by Seoul Milk shows a man secretly filming a group of women drinking water from a stream and doing yoga. In no time, the man steps on a twig and alerted by the rustle of it, the women stare at the man. The camera pans on the man’s face. And hold on --when the camera moves back on the women, they are now cows!

The advert faced a public backlash forcing the company to withdraw the commercial and issue a public apology. However, the video has already gone viral.

It added, "We are accepting this matter seriously and will conduct an internal review, and take extra care to prevent similar incidents from occurring in the future. We bow our heads in apology.

In the video, that has been dubbed in Korean, a male voice-over is heard saying, “We finally managed to capture them on camera in a place of pristine cleanliness.”

Following the video, many compared the man with ‘molka’, the unethical and illegal act of secretly filming people.

The advertisement has also sparked the debate on how ethical it is to promote secret filming besides rampant sexism.

However, if you thought that misogyny is only limited to this one advertisement, then you are wrong. Here’s a look at a few of the most sexist ad commercials produced in the past, by international companies.

In 2017, German car company Audi had released a commercial in China, where buying a car was compared to ‘choosing the right bride’. The obvious connotation that women are no less than a ‘property’ had caused severe backlash following the advertisement.

The United Kingdom-based fitness studio’s commercial had featured a woman’s buttocks in a billboard with the title, “There are better things to be stuck behind than the car in front.” The advertorial was deemed inappropriate and sexist and created a fury all over the world forcing the company to issue an apology.

I am going to keep tweeting this sexist advert from my gym, @ufit_fitness, so that lecturers in #sexist advertising can find it easier. pic.twitter.com/hNEkDiFC4n

The Japan-based car brand received flak online for one of its commercials that had openly promoted gender stereotypes.

The ad, that went viral, saw family members being categorised into levels that describe the difficulty of skiing. And guess what, the mother was positioned in a lower position than the father (of course!).

This Indian commercial features a ‘vaginal tightening cream’ called ‘18 Again’ that will make a wife feel like a ‘virgin’. The ad that reeks of sexism, shows a couple dancing while at the end, an elderly woman is seen ordering the same for her.

Food chain Nando’s was slammed online for its derogatory advertisement and disturbing advertisement that mocks sexual harassment.
The advert read, “We don’t mind if you touch our buns, or breasts, or even our thighs. Whatever you’re into, enjoying any Nando’s meal with your hands is always recommended.”

Next time you enjoy a Nando’s meal in your hand, well, remember this.