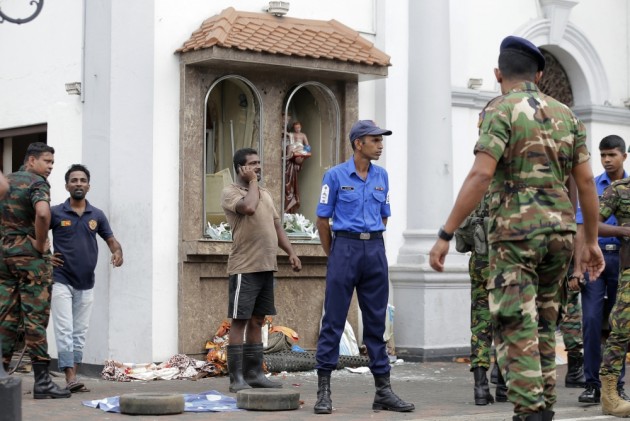 Sri Lanka's police chief made a nationwide alert 10 days before Sunday's bomb attacks in the country that suicide bombers planned to hit "prominent churches", according to the warning seen by AFP.

"A foreign intelligence agency has reported that the NTJ (National Thowheeth Jama'ath) is planning to carry out suicide attacks targeting prominent churches as well as the Indian high commission in Colombo," said the alert.

The NTJ is a radical Muslim group in Sri Lanka that came to notice last year when it was linked to the vandalization of Buddhist statues.

The blasts targeted St Anthony's Church in Colombo, St Sebastian's Church in the western coastal town of Negombo and another church in the eastern town of Batticaloa around 8.45 a.m. (local time) as the Easter Sunday mass were in progress, police spokesman Ruwan Gunasekera said.

Three explosions were reported from the five-star hotels - the Shangri-La, the Cinnamon Grand and the Kingsbury. Foreigners and locals who were injured in hotel blasts were admitted to the Colombo General Hospital.