Government spokesperson Rajitha Senaratne said that the warnings about the blasts, that rocked Sri Lanka on Easter Sunday, killing 310 people, were received in the days before the attacks 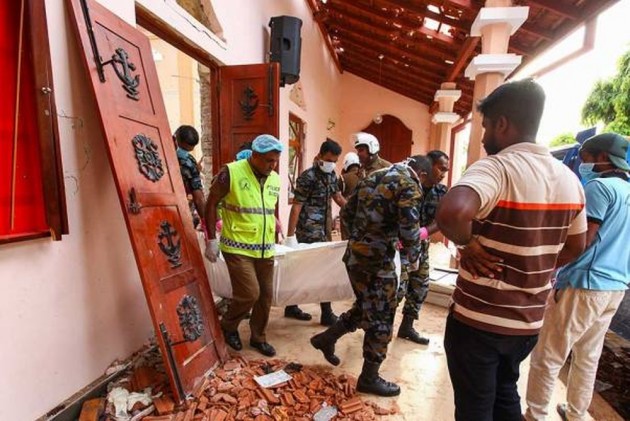 The Sri Lankan government has apologised for its failure to act despite receiving advance intelligence inputs about the possibility of terror attacks that rocked the island nation on Easter Sunday, killing 310 people.

A series of eight coordinated blasts ripped through three churches and three high-end hotels frequented by tourists and left 500 people injured in the country's deadliest violence since the devastating civil war ended in 2009.

Government spokesperson Rajitha Senaratne said that the warnings about the blasts were received in the days before the attacks, the CNN reported.

"We saw the warnings and we saw the details given," he said.

"We are very, very sorry, as a government we have to say -- we have to apologise to the families and the institutions about this incident," Senaratne, also the health minister, said.

All the families would be compensated and churches rebuilt, he said.

The spokesperson said that one of the warnings referred to National Tawheed Jamath, or NTJ, a little-known local Islamist group that defaced Buddhist statues in the past.

However, he did not believe that a local group could have acted alone.

"There must be a wider international network behind it," he said.

Seven suicide bombers believed to be NTJ members carried out the series of blasts.

However, no group has claimed responsibility for the attacks, but police have arrested 40 people - mostly members of the NIJ - in connection with the blasts.

In the wake of bombings, the military has been given a wider berth to detain and arrest suspects — powers that were used during the civil war but withdrawn when it ended.

Prime Minister Ranil Wickremesinghe said he feared the massacre could unleash instability and pledged to "vest all necessary powers with the defense forces" to act against those responsible.