President Maithripala Sirisena had asked Defence Secretary Fernando and Inspector General of Police Pujith Jayasundara to quit after their failure to prevent the blasts despite having prior intelligence. 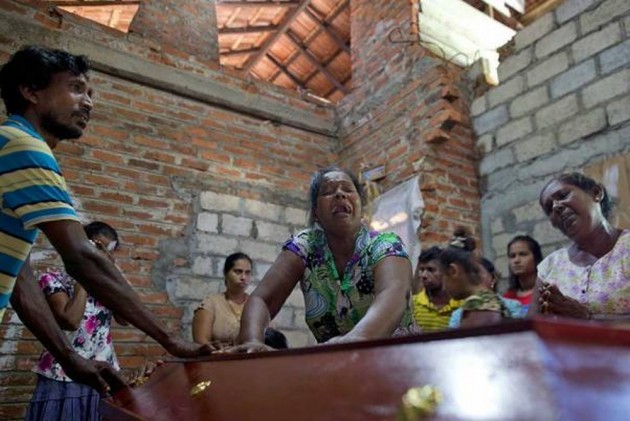 President Maithripala Sirisena had asked Defence Secretary Fernando and Inspector General of Police Pujith Jayasundara to quit after their failure to prevent the blasts despite having prior intelligence.

Fernando handed over his resignation letter Thursday on a request made by President Sirisena, Colombo Gazette reported.

Authorities have accused the little-known National Thowheed Jamath (NTJ) of carrying out the devastating blasts that tore through three Catholic churches and three luxury hotels on the Easter Sunday, killing over 350 people, including 11 Indians and injuring nearly 500 others.

Facing public criticism for not acting against Islamist extremist groups in the island nation, Wickremesinghe said some of the suspected attackers responsible for the Easter Sunday bombings were being monitored by the country's intelligence services.

But authorities did not have "sufficient" evidence to place the suspected attackers in custody prior to the attacks, he said.

Wickremesinghe told CNN that he did not rule out the possibility of more attacks in the country.

He said authorities were now focussing on "sleepers" -- terrorists who could activate to initiate another round of attacks.

"Police and security forces are rounding up those involved, but they're also rounding up the sleepers, those used on second and third rounds (of attacks)," he said.

"The danger has come down drastically, (but) we do have to pick up some more sleepers, which we will do in the next few days."

He said that security services were acting out of an abundance of caution, and that should even one militant slip through the net, the damage could be widespread.

"It is a precaution that we are taking, we want to be sure we have everyone in," Wickremesinghe said.

"They are worried that one or two could get into a church -- (even) one person can do a lot of damage."

The Archdiocese of Colombo Thursday suspended all Catholic church services because of security concerns.

The prime minister reiterated that the attackers were middle- and upper-middle class and had been educated abroad. He added that the profile of the suspected bombers was "surprising."