Police said there were no services taking place at the time of the stabbing, but that homeless individual had been brought to the church to get them out of the cold. 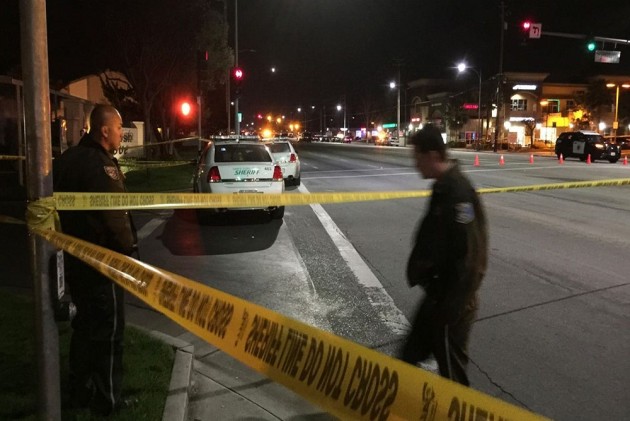 Two people died in a stabbing Sunday night at a church in California, and multiple other people are "seriously wounded," San Jose police and Mayor Sam Liccardo said.

"Our hearts go out to the families of the two community members who have succumbed to stabbing wounds in the attack at Grace Baptist Church downtown," Liccardo said in a tweet late Sunday.

The mayor also said in the tweet that a suspect had been arrested, but later deleted the tweet and said a statement from police on the status of the investigation was upcoming.

I’ve just deleted a tweet that made reference to the ongoing investigation into the stabbings at Grace Baptist Church this evening. A statement will be coming out shortly from SJPD regarding the status of the investigation and arrest.

San Jose police said on Twitter that officers responded to the church on a reported stabbing. The department confirmed the deaths and said multiple people had injuries, some life-threatening.

Police said there were no services taking place at the time of the stabbing, but that homeless individual had been brought to the church to get them out of the cold.