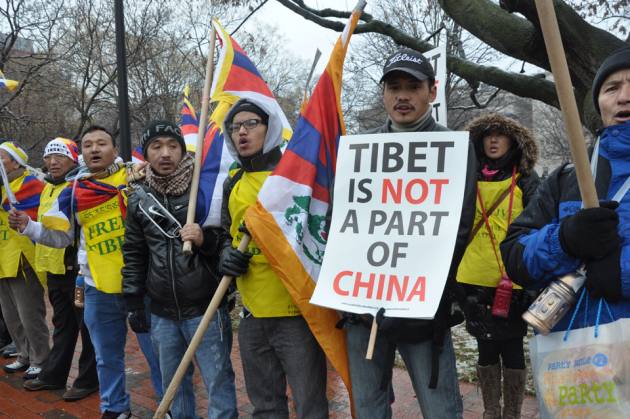 Global grassroots network Students for a Free Tibet (SFT) held a demonstration at the main square of Mcleodganj against the 2022 Beijing Winter Olympics on Tuesday. They protested wearing t-shirts that read "No Beijing 2022". They also raised their concerns about alleged human rights violations in China.

The development comes a day after the flame handover ceremony in ancient Olympia was held on Monday. As per an ancient Olympic tradition, the high priestess seeks the blessing of the Greek god, Apollo who in turn lights the flame which travels from Greece to the host nation as the most powerful emblem of the spirit of the Olympics.

The Students for a Free Tibet (SFT) was founded in New York City in 1994 by a group of Tibetians and young students and supporters. The collective now claims to be present in over 35 countries. Borrowing on the critical roles students and young people have played in freedom struggles, the collective strives to reinforce the same to seek independence of Tibet from China.