Outlook spoke to some noted education counsellors and experts in the field who have been dealing with students aspiring to go abroad to break the 10 biggest myths that parents and students often fall prey to while choosing their options for study abroad. 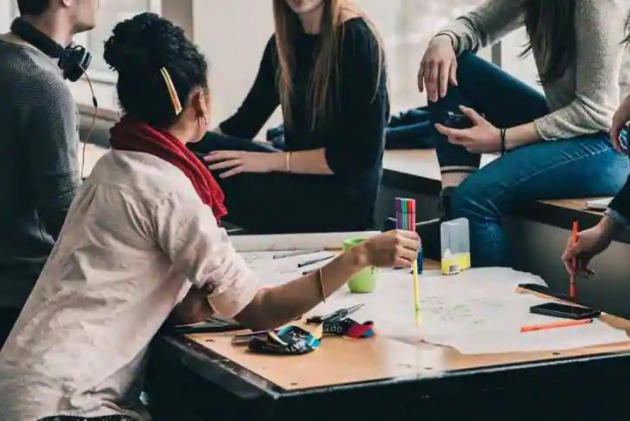 Parents, who plan to send their children abroad for studies, have to deal with a plethora of issues. From choosing the right college and getting admission to dealing with financial and cultural challenges and figuring out safe and secure lodging for their kids, the process can belong and frustrating. Add to that the concerns caused by the Covid-19 pandemic, and the matter becomes even more complicated, especially due to all the misinformation available online.

While all parents want the best for their kids, myths, misconceptions or lack of awareness can often lead to bad decisions that may end up impacting a student's career in the long term. And one of the main reasons behind this is the lack of reliable resources or repositories of information that can help students and parents make the right decision.

Outlook spoke to some noted education counsellors and experts in the field who have been dealing with students aspiring to go abroad to break the 10 biggest myths that parents and students often fall prey to while choosing their options for study abroad.

Myth 1: Studying abroad during the pandemic is not possible

While physically going abroad and studying may have become an issue for some students due to the pandemic and the rising value of foreign currencies, alternative study choices such as twinning programmes are gaining momentum and proving to be a boon for students.

This is undoubtedly the most common misconception about studying abroad. The cost, however, varies depending on the length and type of course, as well as the country and school/university of choice. As a result, many universities grant scholarships and early bird discounts to overseas students so that they can enrol without being overburdened by the tuition and lodging expenses that follow.

“With the increasing demand to study abroad, countries such as Germany and Canada offer PR to students, allowing them to work and defray the cost of their Masters' or Bachelors' degree,” Vaibhav said.

While this may be true for getting admission in India, getting a high grade is not really a sacrosanct criterion for several universities abroad. Experts say that 50 per cent of applicants get rejected even after having perfect SAT, GRE or GMAT scores.

“A student doesn’t get disqualified due to bad scores and similarly a good score doesn’t guarantee admission as well. So the admission parameters are the student’s holistic resume,” Adarsh Khandelwal, co-founder & director of Collegify, a global firm for helping students to apply to top institutions abroad.   said.

Myth 4: An Ivy League college is a must for success

Many parents think that their children can only succeed abroad if they can get a seat in an Ivy League college. It refers to an elite group of eight colleges - Brown University, Columbia University, Cornell University, Dartmouth College, Harvard University, the University of Pennsylvania, Princeton University, and Yale University.

Education counsellors say that many top-notch institutions such as Stanford, MIT, Caltech, CMU, Umic are not part of the Ivy League but they are equally reputed and maintain high academic excellence.

While the prospect of studying and living in a foreign country away from parental supervision may sound like "fun", the truth cannot be farther from it. International higher study courses often include gruelling study matter and hectic timelines.  Experts say that many students fail to cope with the pressure and turn back home leaving their studies midway.

Nitin Vijay, Founder & MD, Motion Education Private Limited, who runs coaching to prepare students for JEE shares his experience with such students, “Once students go abroad, along with studies, they have to wash dishes, clean their room and cook food too. Many well-off parents don’t give these trainings to their children in India. They are very pampered and when they face the reality abroad, they find it difficult to adjust.”

Many Indian parents, especially those who come from tier II and tier III cities believe that liberal arts is a bad option and will not ensure a good career abroad.

“Many parents don’t understand the meaning of Liberal Art and they think it is similar to fine arts such as History, Political Science, etc. We try and convince them that in Western Universities, liberal art ranges from foundation knowledge across subjects such as arts, science and math as well,” Khandelwal tells Outlook.

This is another misleading notion that many students and parents have. Majority of students who go abroad have to come back because they don’t get citizenship anywhere despite spending their full academic year abroad.

“There has to be a thought process before choosing a course in respect to the country and college.  For instance, students who want to pursue art courses in countries like the US face disappointment in fulfilling their dream to settle there,” Khandelwal said.

Studying abroad has nothing to do with a change in the sexual orientation of a child. According to education counsellors, the myth may have resulted from the fact that some children after going abroad feel free to follow their true sexual orientation which they might have kept a secret in India.

“I recently met a girl who told me that she is bisexual but she cannot disclose it to her parents. She said that she was happy to go abroad for education as she will have the freedom to pursue her true interests. I am citing this example to show that a child's sexual preferences don’t change after going abroad. It is just that they get freedom there to express it,” an education counsellor said requesting anonymity.

That's not at all true. Multinational firms give prominence to international exposure. Many firms now have international ties, and they prefer to hire people who can communicate and collaborate across cultures.

“Employers are increasingly searching for people who can work in a multicultural setting since it demonstrates flexibility, willingness to take risks, adaptability, and excellent communication expertise,” Aman Atri, a Senior HR leader, said.

Myth 10: Knowing the native language is mandatory to study abroad

In today’s scenario, universities are increasingly emphasising foreign student recruitment and providing English-taught programmes for international students. For international education, English has become the default standard and it is preferable to learn a few native phrases that can aid in your overall experience of a new culture.

“It is also noticed that regardless of English not being the country's official language, universities offer English-taught courses so it’s evident enough that a good IELTS/TOEFL preparation is all a student needs to master,” Singh from Leap Scholar said.