The European Space Agency has revealed images captured by its Mars Express probe which show a giant crater called 'Korolev' on the surface of the Red Planet. 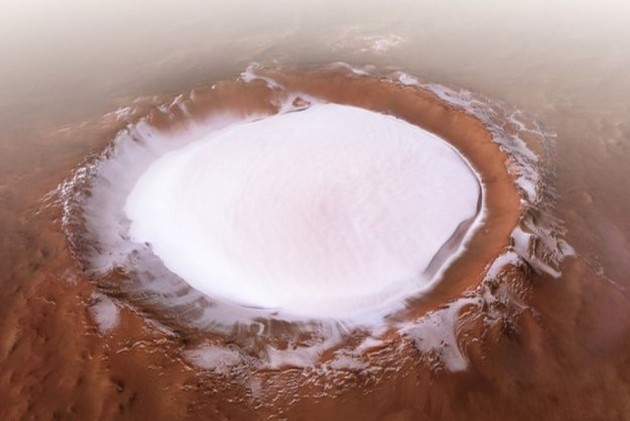 A massive ice-filled hole on the surface of Mars has been revealed in images beamed back from a spacecraft orbiting the red planet.

The European Space Agency shared the images captured by its Mars Express probe which show a giant crater called 'Korolev' on the surface of the Red Planet on their social media handle.

"A beautiful #winter wonderland... on #Mars!" the ESA tweeted.

A beautiful #winter wonderland... on #Mars! This ice-filled crater was imaged by our Mars Express spacecraft. Korolev crater is 82 kilometres across and found in the northern lowlands of Mars.
More images: https://t.co/48Czjh80Qb pic.twitter.com/5KDQ1PJ0jt

The crater has been named after chief rocket engineer and spacecraft designer Sergei Korolev, dubbed the father of Soviet space technology. 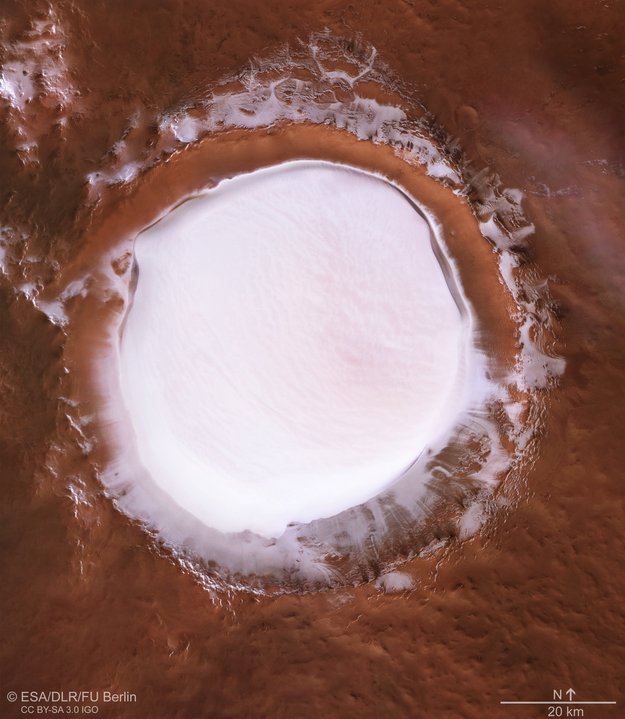 Taken by the Mars Express High-Resolution Stereo Camera (HRSC), this view of Korolev crater comprises five different ‘strips’ that have been combined to form a single image, with each strip gathered over a different orbit. The crater is also shown in perspective, context, and topographic views, all of which offer a more complete view of the terrain in and around the crater.

The Mars Express has been orbiting the red planet since Christmas Day in 2003.

This comes at a time when the US space agency announced that NASA's InSight lander has deployed its first instrument onto the surface of Mars, completing a major mission milestone that will allow scientists to peer into the Martian interior by studying ground motion -- also known as marsquakes.

New images from the lander show the seismometer on the ground, its copper-coloured covering faintly illuminated in the Martian dusk, NASA said in a statement.