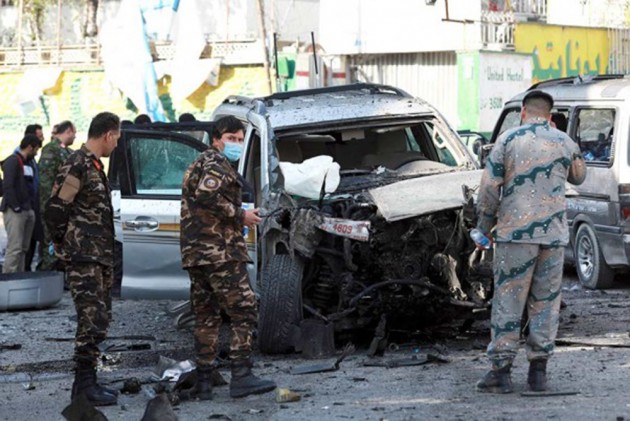 A suicide bomber killed at least three intelligence officers in an attack on a security convoy in eastern Afghanistan on Thursday evening, officials said.

The convoy was targeted while on patrol along the main highway linking the provincial capital of Gardes with the neighbouring Khost province.

The attack comes as Afghan government representatives and the Taliban have made progress in peace talks underway in Qatar, following a three-month impasse, and this week agreed on rules and procedures for the negotiations. The two sides are now discussing what issues should be on the agenda of the negotiations. The talks are a U.S.-brokered effort to get the warring sides to negotiate an end to the country's decades of war and violence.

There has been a sharp rise in violence this year, with a surge of attacks by the Taliban targeting Afghanistan's beleaguered security forces since the start of peace talks in Qatar in September, as well as attacks claimed by the Islamic State group.