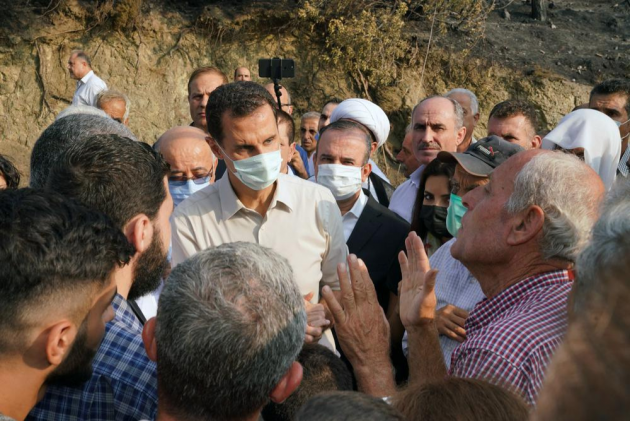 Executions are common in war-torn Syria, but the number of those put to death Thursday is larger than usual.

Syria's decade-old conflict left hundreds of thousands dead and displaced half the country's population, including five million refugees outside the country.

The Justice Ministry called the 24 who were executed, “criminals who carried out terrorist attacks that led to deaths and damage to infrastructure and public property.” It said 11 others were sentenced to life in prison in the same case.

Wildfires broke out in several Middle Eastern countries in October 2020 amid a heat wave that was unusual for that time of the year, leaving Syria particularly hard-hit. Three people were killed in the blazes, which also burned wide areas of forests, mostly in Latakia and the central province of Homs.

President Bashar Assad's hometown of Qardaha in Latakia province was hard hit by the fires, which heavily damaged a building used as storage for the state-owned tobacco company, part of which collapsed.

Assad made a rare visit to the region shortly after the fire was brought under control. (AP)