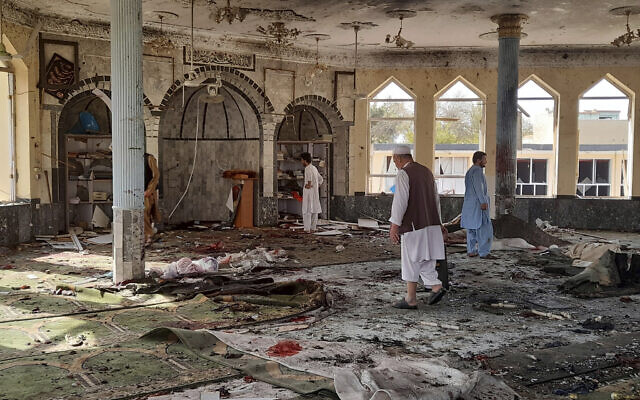 A Taliban provincial spokesman says a bomb exploded in a mosque during Friday prayers in a town near the eastern Afghanistan city of Jalalabad, wounding 15 people.

Qari Hanif, the government spokesman for Nangarhar Province, said the bomb appeared to have been planted in the mosque in the town of Traili.