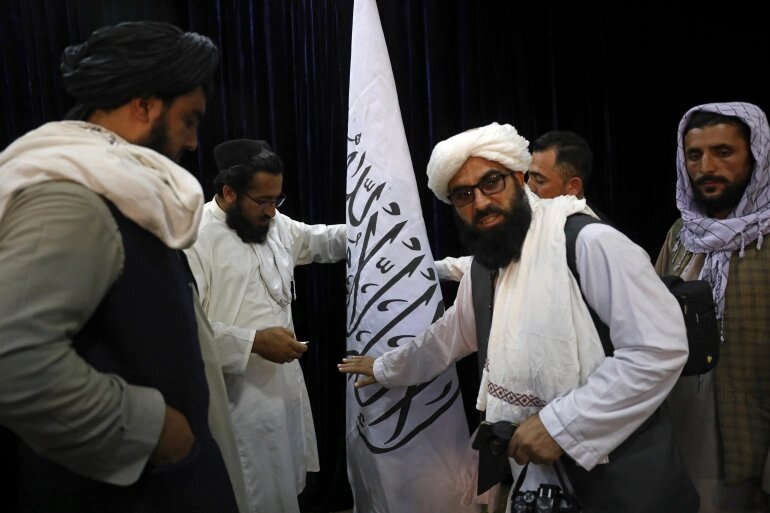 A delegation of prominent Afghan leaders and officials has warned that a Taliban government will not survive for long if it repeats past mistakes.

The delegation, headed by Afghan parliament speaker, Mir Rehman Rehmani, spoke to reporters in Islamabad on Thursday, after meeting Pakistani Prime Minister Imran Khan and other government and military officials this week. The Afghans arrived in the Pakistani capital on Monday, a day after the Taliban swept into Kabul and took over Afghanistan.

“We oppose a rule by one party or group,” he said.

Khalid Noor, a prominent politician, said the Taliban cannot rule by force in Afghanistan. He says they have taken power by force, but warned their rule would be short-lived if they didn't respect the rights of the people.

Other members of the Afghan delegation include Salahud-din-Rabbani, Ahmad Zia Massoud and Ahmad Wali Massoud.