Taliban Enter Kabul – What Happens Next?

The Taliban entered Kabul on Sunday without facing any resistance from the government forces. The militant group is now effectively in control of most of Afghanistan. 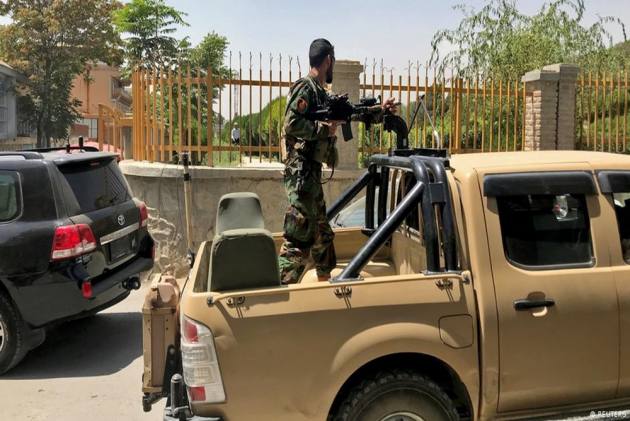 The militant group has said it would not use force after it laid siege to the capital on Sunday. A political agreement between the Taliban and Afghan politicians is being discussed, but it comes at a price.

The Taliban entered Kabul on Sunday without facing any resistance from the government forces. The militant group is now effectively in control of most of Afghanistan.

Taliban negotiators are reportedly holding talks with the Afghan government to facilitate a "transfer" of power.

A Taliban spokesman said Sunday the group wants President Ashraf Ghani and other Afghan leaders to work on the transition of power.

The Taliban "instruct all its forces to stand at the gates of Kabul, not to try to enter the city," a spokesman for the Taliban tweeted. "Until the completion of the transition process, the responsibility for the security of Kabul is with the other side (the Afghan government)," he added.

The Afghan government confirmed the negotiations were underway to avoid bloodshed in Kabul.

Interior Minister Abdul Sattar Mirzakwal said there would be "no attack on the city" and that "a peaceful transfer of power to the transitional government" was in the works.

Some diplomatic sources predict that Ali Ahmad Jalali, a US-based academic and former interior minister, could be named as the head of an interim administration in Kabul. But it is unclear what kind of an interim set up the militants want.

Ashraf Ghani's government is now practically ineffective, with reports that the president has left for Tajikistan, and the Taliban hold all the cards in transition talks. There is also no guarantee that the talks for a peaceful transition of power will succeed.

"The best scenario is that the Taliban and the government reach an agreement and Kabul remains peaceful. That will pave the way for a ceasefire and future steps to resolve the conflict," Nasrullah Stanakzai, a lecture at the University of Kabul, told DW.

But Raihana Azad, a member of the Afghan parliament, believes that even if negotiations succeed, there is no guarantee that the Taliban will "keep their word."

"It is important to ensure that the Taliban are held accountable," she told DW.

The Taliban were accused of not holding their end of the bargain after they sealed an agreement with the US in February 2020.

Ahamdi Saidi, a former Afghan diplomat, told DW he is hopeful that Ghani's administration and the Taliban will agree on a peaceful transfer of power in the coming days. "The government does not have any other option but to hand over power to the Taliban," he said.

But there is still a possibility, albeit remote, that Afghan politicians in Kabul will try to hold on to power. In that case, the Islamists could try to take over Kabul from Afghan forces by force.

"If the Taliban attack Kabul, there will be bloodshed. More civilians will lose their lives, and Afghanistan will face an uncertain future," Azad said.

Will the US intervene?

US President Joe Biden, who has faced severe criticism for withdrawing from Afghanistan so quickly, has repeatedly said the Afghan leaders need to defend their country.

But if the Taliban attack Kabul, a city of more than 6 million people, there could be massive civilian casualties. Would the US then intervene in the conflict, if only to maintain peace in the Afghan capital?

"I think the US won't back Ghani because the Afghan government is no longer in a position to defend Kabul," Saidi said.

The US has come under heavy criticism for leaving Afghanistan in what many believe was a premature move, and without a proper peace deal between all the Afghan stakeholders.

The Taliban succeeded in capturing several territories after Biden announced an unconditional withdrawal of US forces from the country in February. American officials at the time said that Afghan forces could defend the country from the Taliban.

"We had urged the Afghan government and the international community for months to secure our city, but no one paid attention to our pleas," Halima Sadaf Karimi, a lawmaker from the northern Jawzjan province, told DW.