Taliban co-founder and head of its political office Mullah Baradar will be leading the new Taliban government in Afghanistan which is likely to be declared today. 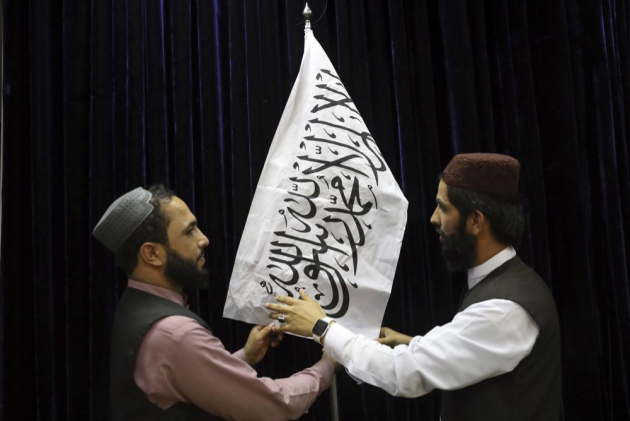 With the Taliban poised to form government in Afghanistan today on September 3, the whole world's eyes are currently on Afghanistan. And  according to reports, Taliban co-founder Mullah Baradar will be leading the new Afghan government. The government formations is taking place amid fighting between the Taliban and rebel fighters in the Panjshir valley and reports of widespread economic strife.

Amid the organisation's efforts to project a "softer", more conciliatory and modern image of Taliban, governments across the world and well as journalists and commentators have been discussing the question of legitimacy and recognition in the international community.

While some details about the new government have been revealed by the Taliban themselves, not much is yet known about the form and structure the governance and administration will take.

Here is what we know so far.

Who will be the new ruler of Afghanistan?

The Taliban had earlier announced that Sheikh Haibatullah Akhundzada will be the supreme leader heading the government.

Meanwhile, Taliban co-founder Mullah Abdul Ghani Baradar has been declared as the leader of the government. As per local media reports from Afghanistan, he has been tasked with handling day-to-day affairs of the new government. As per reports, Baradar will be joined by Mullah Muhammad Yakoub, the son of late Taliban founder Mullah Omar. Sher Mohammad Abbas Stanekzai will also be in a senior position in the government.

Key positions were previously expected for Mullah Yakoub and influential Haqqani group leader Sirajuddin Haqqani with reports suggesting friction between the two and their factions regarding the position of “Raees ul Wazara", the equivalent of Prime Minister.

When how will the new government be formed?

The Taliban is likely to form government in Afghanistan on September 3. As per local reports, the official ceremony is set to take place at the Presidential Palace in Kabul.

Taliban leader Sher Mohammad Abbas Stanikzai said on Wednesday the Islamic Emirates will be declaring the government formation within two days and also added that the government will be an "inclusive" one.

What will the new Taliban government in Afghanistan be like?

The Taliban is looking to change the national anthem and national flag of Afghanistan in an effort to transform the country's political and cultural landscape.

Though no official announcements have been made, Taliban fighters have been seen replacing the Afghan tricolour with a white flag bearing the new regime's name and the Islamic proclamation of faith. The flag has been seen in the hands of Taliban fighters as well as being installed in official buildings, prompting a social media outrage against the replacement of the flag.

As far as the national anthem goes, the Taliban are likely to change the one presently in use. The question about a new anthem will be settled once their stand on allowing music is revealed. In its previous 1996 avatar, the Taliban had a ban on music, making all songs and anthems illegal.

The new government is likely to retain the Afghan army, though it has plans to induct its own fighters into the forces.

In a bid to completely strip Afghanistan of the influence of "foreign forces", the Taliban is also planning to reinstitute the Afghan Constitution of 1964-65. The latter had been framed by then Afghan President Mohammed Daoud Khan.

How is the world reacting?

A coalition of 100 countries including the United States has signed a statement on what their expectations are of the Taliban.

The world is united in what they expect the Taliban to do to get recognition in Afghanistan from the international community, the White House said noting that it is for China to decide where it would like to stand on the situation.

These expectations include allowing anyone who wants to leave to depart from the war-ravaged country. On Thursday, the White House ruled out removing sanctions against the Taliban and added that they (the Taliban) are not "good actors".

“We will be watching clearly. We have a range of leverage at our disposal, including access to the global marketplace. And, of course, we will be assessing. It's, of course, based on how they treat individuals in the country, how they treat women, whether they let people who want to leave the country leave,” White House Press Secretary Jen Psaki said.